sean116
November 14, 2007
Member since 11/19/2006 🔗
16 posts
did seven springs totally get rid of alpine meadows glades? they put up the alpine meadows cams and it looks like they cut down the glades completly this year.

jb714
November 14, 2007
Member since 03/4/2003 🔗
294 posts
Weren't those glades totally removed prior to the 06/07 season so that the monster pipe could be built there? The last time I was up there (Oct 21st, I believe) I did notice as I looked up at Alpine from the parking lot, that there was evidence of a fairly long stretch of disturbed earth, starting near the top and continuing about halfway down. In today's webcam shot it looks like that stretch is now freshly seeded - but I just can't recall if there wre any trees still standing in that stretch last year.

RobertW
November 15, 2007
Member since 10/14/2004 🔗
199 posts
Most of the Alpine Glades were removed last year to make room for the Park. The new Super Pipe sits right smack in the middle of the Alpine Meadows slope. Unless this work was done in the last 3 weeks, no additional trees were taken out that I have seen over the summer other than a few here and there so that the Downhill Bike course could be built. I'll take a look at the webCAM tomorrow and see if there is any difference. 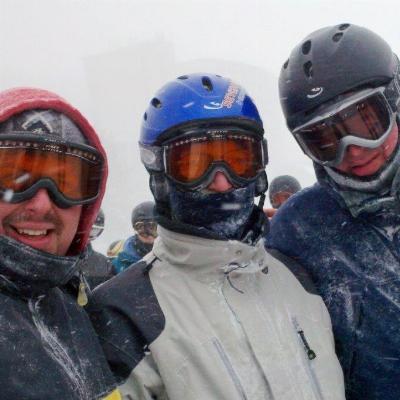 When I started re-skiing there in 1994 I was happy to see the new slopes beyond North Face but was very disappointed to see the deforestation that had occurred on all other slopes. I really don't understand why this is the case. Can't they get their firewood somewhere else?

This practice seems to be continuing as every year more trees are cut down making all the slopes (there practically are no more trials) look and ski the same. The clear cutting at the top of Wagner along Philips Run to build South Wind was criminal.

Ski resorts around the world are adopting green initiative and there are smart ski resort design firms that are designing new slope side accommodations that blend in to the environment and don't require clear cutting of an entire mountain top.

I wish 7 Springs would stop the Texas Chain Saw Massacre development strategy and adopt a more sensible approach to developing more interesting and varied slopes & trials. Pretty soon all you'll have left is a mounting with 2 slopes, one on the front side and one on the north side, without a tree in sight. Take a look at Holiday Valley which is about the same size but offer a lot more variety in terrain.

With the addition of Yodeler a few years ago we finally got a decent tree lined trail(key word tree lined trial) that was not a green. Keep more coming and don't clear cut any new areas.
DCSki Sponsor: Support DCSki