Sure, there is nothing like a blue bird day at a big resort when the skies are clear and the snow is good. However, night skiing under the lights, when the conditions are good (and you remember to change your goggle lens) can be just as enjoyable. Sometimes almost magical.

While blue bird days are best spent at the big name resorts exploring big terrain, night skiing is best at the small hills. Here the runs are short, the lifts slow, the crowds are light (or at the bar), and soft snow awaits. Pats Peaks in Southern New Hampshire is just such a place. During the day it is a fine place to ski, but at night under the orange glow of the vapor lights it is magic!

Located just 90 minutes from Boston, Pats Peak is a family-run affair. Surprisingly, the name has nothing to do with the football team or the Revolutionary history in the area. The story goes that the Patenaude brothers, strong skiers in their own right, decided they could ski more if they built their own ski area. So they purchased a plot of land from their father and went to work. They opened the ski area in 1963 with 6 trails and three lifts. Today, Pats Peaks has 28 trail and 11 lifts! The Patenaude Family still owns and operates the ski area. It is the kind of place where you run into the family dog, a golden named Roxy, in the front office. 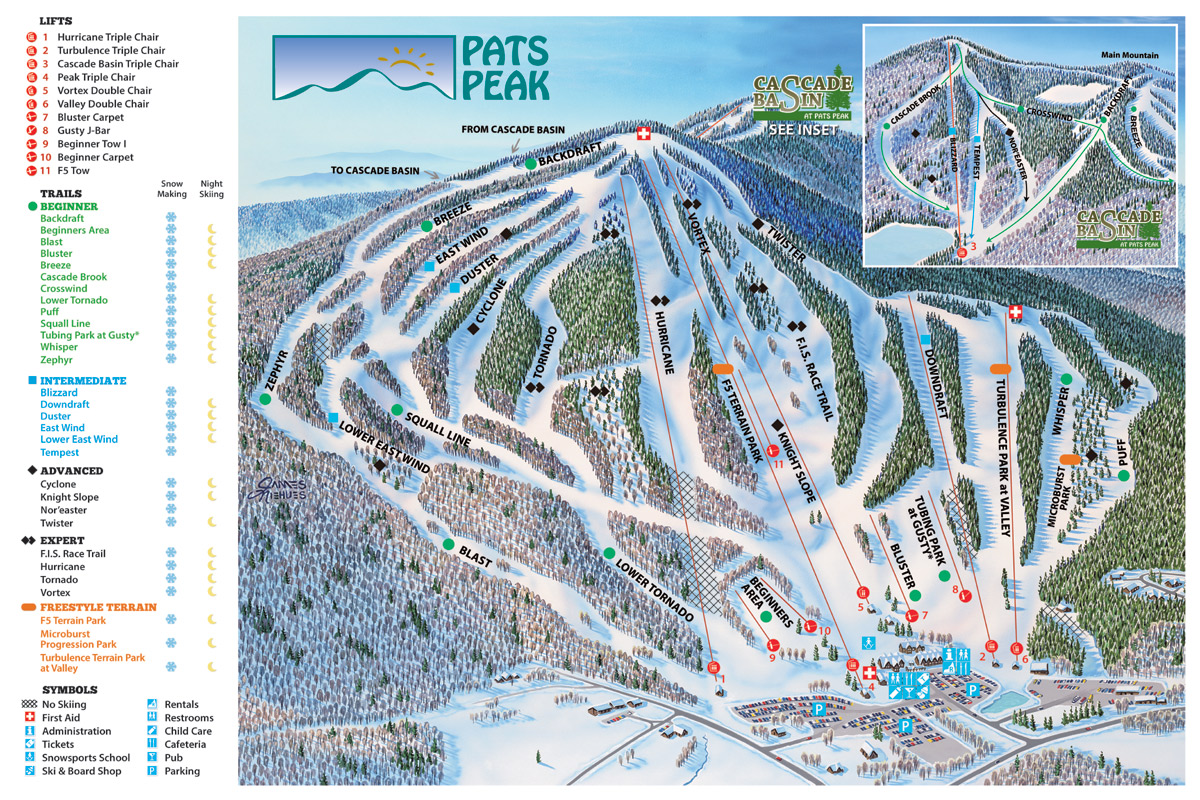 The night I skied it was a balmy 38 degrees and the snow was as soft as the lighting. Boasting a mere 770 vertical feet of drop, Pats Peak is not the place to rack up big vertical. However, it is large enough to be entertaining. I was able to do some great laps off the Vortex lift (a fast-moving, experts-only double that is normally for ski racers) on Twister, Hurricane and the F.I.S Race Trail. Ski racing is a big deal in New England. Pats Peak is home to its own racing academy, and draws students from the nearby New Hampton prep school and New England College to tear down the mountain. As I skied the F.I.S Race Trail I saw the debris from the day’s races.

Overall I found that given the layout, I could explore the mountain easily. The terrain was well spaced with most of the beginner terrain on the far edges of the area and the steeper stuff in the middle. In 2014, Pats Peak opened some additional advanced terrain off the back side of the mountain known as the “Cascade Basin,” however it is not open at night. The lifts are old-school, fixed doubles and triples with one of the triples having a moving carpet-type loader. The lines where short and well managed and I waited under a minute each time. The warm temps made the snow soft but not icy. It was a perfect night for a little magic under the stars. 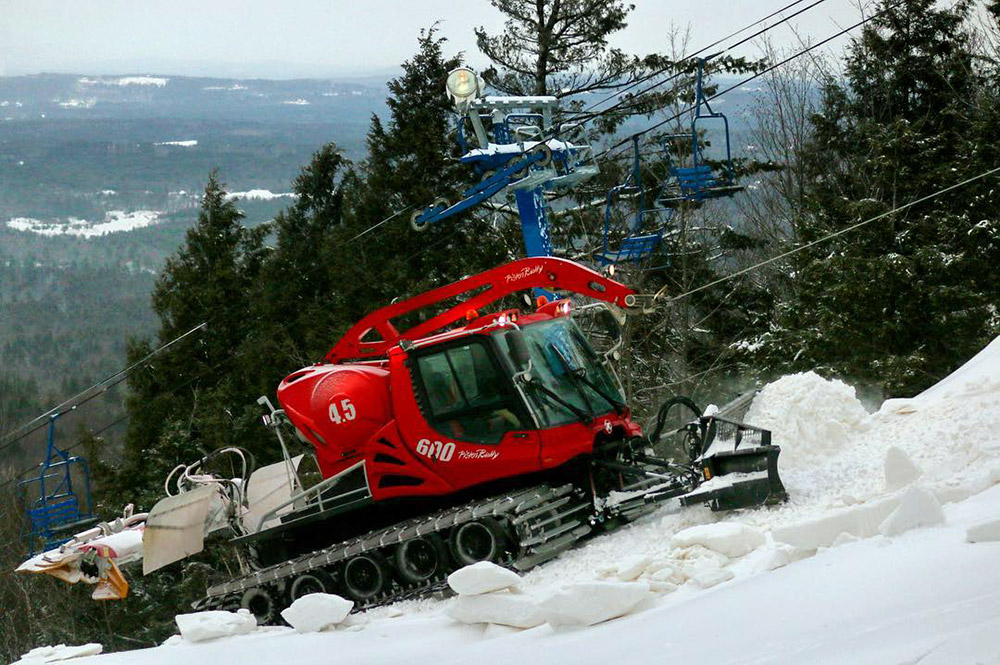 DCSki Columnist John Sherwood wrote an article last year comparing Wachusett Mountain in Massachusetts with Pennsylvania’s Whitetail Resort. Pats Peak reminded me of Ski Liberty or Ski Roundtop back in the 90s before all the chairlift updates. Mostly, the whole area is well lit but there are still some dark passages when the chairs travel through the woods, as well as some dark spots along the runs. This is part of the joy and magic of night skiing!

Sure, there are the trash cans under some of the lift lines with targets for cans of… soda? But overall Pats Peak is very family oriented with lots of beginner’s terrain and a large snow tubing area. Better yet, on Saturday nights they run a one price promotion: $49 for lift ticket, lessons, rentals and even snow tubing! They also have live music, bar promotions and bonfires outside on the slopes. The sounds of people having fun echoes all over the mountain. It was a great vibe. On a Saturday night in southern New Hampshire Pats Peak is the place to be!