One of our family traditions is Fall Fest at Liberty Mountain Resort in Fairfield, PA. It’s about an hour’s drive from the DC area just north of the Mason-Dixon Line between Emmitsburg, MD and Gettysburg, PA. Liberty welcomes both the local community and those who know it as the closest snowsports destination to DC.

Liberty has evolved over a century from a couple of local ski trails to a destination resort. Many current DC skiers and snowboarders learned there as children. This year, in response to our region’s increasingly mild winters, Liberty has installed five huge snowmaking fans across the base area on the front side of the mountain and bought a monster groomer that can push snow uphill. 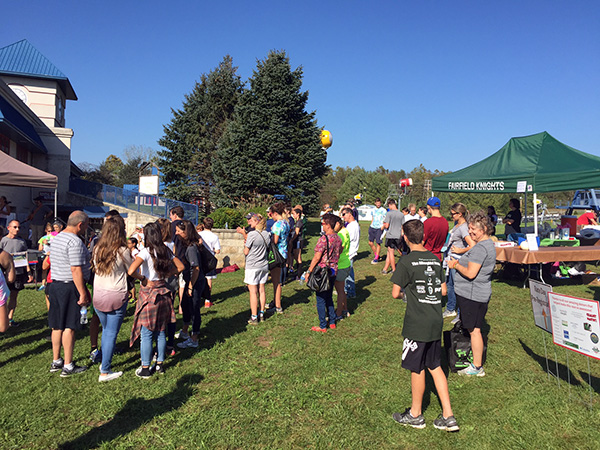 The yellow object peaking behind the tree is one of five new snowmaking fans to cover the base area at Liberty. Photo by Charles Sneiderman.

At the recent Fall Fest, Liberty Mountain offered activities such as chairlift rides, hay rides, scarecrow making, and pumpkin painting. We enjoyed the acoustic string band Main Line Gravy Soppers from Point of Rocks, MD. We spoke with Anne Weimer who was recently promoted to General Manager of Liberty Mountain Resort and Eric Flynn who is Chief Operating Officer of Snow Time, Inc.; Snow Time operates local areas Liberty, Roundtop, and Whitetail. They were very proud to have sponsored prizes for the Dipsy Doodle Dash, a one mile run or walk up and down the mountain to raise money for a local high school cross country athlete who is being treated for cancer. They also said that one of the most popular activities last year was the new ice skating rink in front of the ski school, so they are offering $75 season passes for ice skating which include unlimited ice time and skate rental. 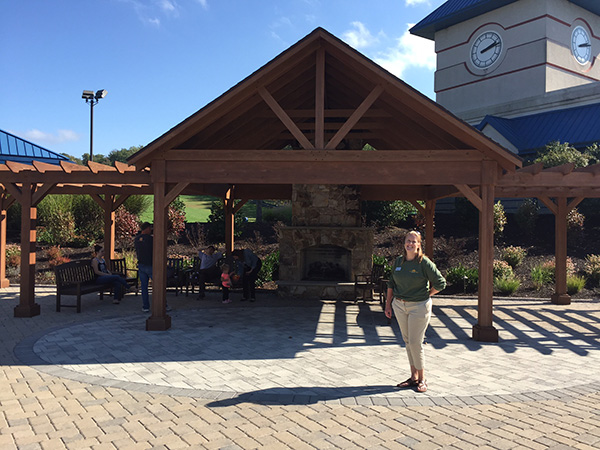 General Manager Anne Weimer shows me the new outdoor fireplace. Image taken from the ice rink, which is covered by artificial turf in the off-season. Photo by Charles Sneiderman.

We are already looking forward to seeing the first flakes fly!