Every skier knows that when the snow does not come to you, sometimes you have to go to it. Thus I found myself driving across the very dry flat desert of Southern Colorado at seven o’clock in the morning the day after Thanksgiving. Three hours into a four hour drive, I found myself wondering, “where are the mountains?” Let me explain. 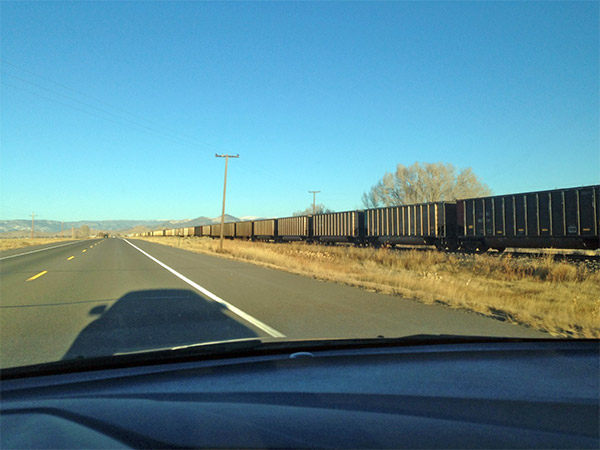 Are those mountains in the distance? Photo by Robbie Allen.

This past Thanksgiving holiday weekend I was visiting relatives in Colorado Springs. As a rule I normally try to avoid all major family gatherings. Not that I am anti-social — I just was not looking forward to normal holiday chit chat. However, this year the woman who I am related to by marriage promised that we could go skiing on Black Friday as part of the #OPToutside campaign. A sucker for any chance to ski no matter the conditions, I cooperated and agreed to attend the Thanksgiving festivities. The weather, however, did not cooperate.

This year Colorado has had a very warm Fall. Going into to Thanksgiving week most of the ski areas had pushed back their opening days or were operating on very limited terrain. Most, that is, except for one. The small Wolf Creek Ski Area in Southwestern Colorado had caught an early storm and my eye. Whereas most of the Colorado ski areas were closed or only skiing on one or two trails, Wolf Creek was already operating with over sixty percent of their terrain open. Thus I was up at 4 a.m. to make the four hour drive from Colorado Springs to Pagosa Springs.

Surprisingly, the drive is very flat. As folks familiar with Colorado know, anything West of Interstate 25 (the primary North-South interstate that runs down the Front Range) is mountainous. Anything East of this is really part of Nebraska and very flat. Thus, I was surprised after heading 100 miles south on I-25 from Colorado Springs and then turning due west that the terrain was still mostly flat. I was very concerned as the sun rose and I found myself driving across very arid land without a mountain to be seen. Luckily, just outside of Monte Vista the mountains reappeared and the road began to ascend. After another hour or so and a tight turn in the road, Wolf Creek comes into view. 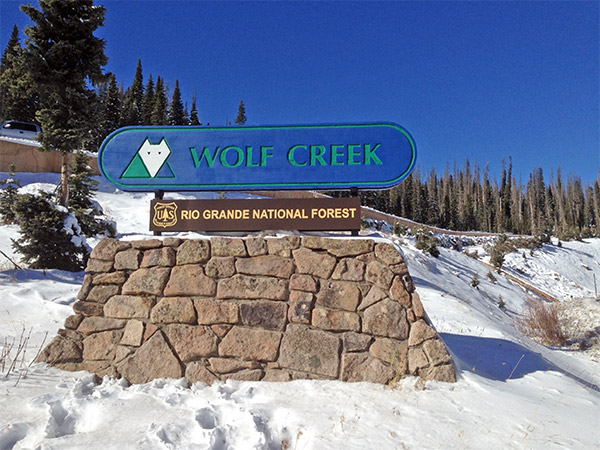 Located in the Rio Grande National Forest, Wolf Creek Ski Area is more akin to the Far Western ski areas of Washington and Oregon or a traditional day-use area back East than the ski resorts of Colorado. Located at an elevation of just over 10,000 feet, there is no cute town, no slopeside condos, no mega hotel and not even a gas station at the base area. Just a small old school base area with the basics: lift tickets, rentals, ski shop and cafeteria/bar. It is just a real ski area for real skiers. 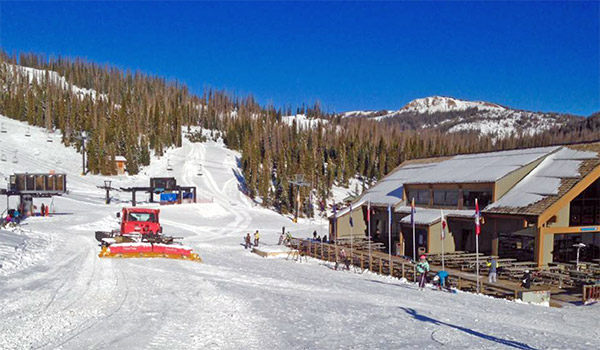 The small base area at Wolf Creek. Photo by Robbie Allen.

Wolf Creek is spread across a large North-facing, snow-holding bowl. The ridgeline tops out at just less than 12,000 feet of altitude providing the area with a 1,600-foot vertical drop and 1,600 acres of terrain. By East Coast standards, the area is huge. For Colorado, it is one of the smaller ones. What sets the area apart is the amount of snow that falls here. The area receives on average over 480 inches of snow per year! This is the highest average annual snowfall in Colorado. Wolf Creek gets snow early and often during the season. 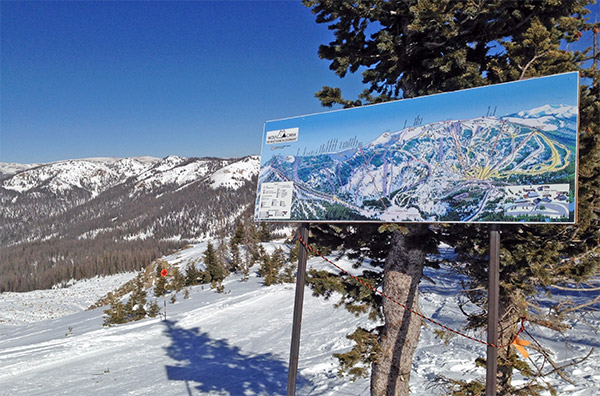 I arrived a few days after the last storm and the conditions where still strong. While only 38 of the 77 trails were open, most were well covered. Also, as is common in the “smaller” areas out West, not much was groomed. A few green beginner trails and some small paths had seen the groomer but most of the terrain was “Skier Packed.” As it was early in the season, coverage was thin in places with some tree tops peeking through, but for an East Coast skier these seem to be prime mid-season conditions. 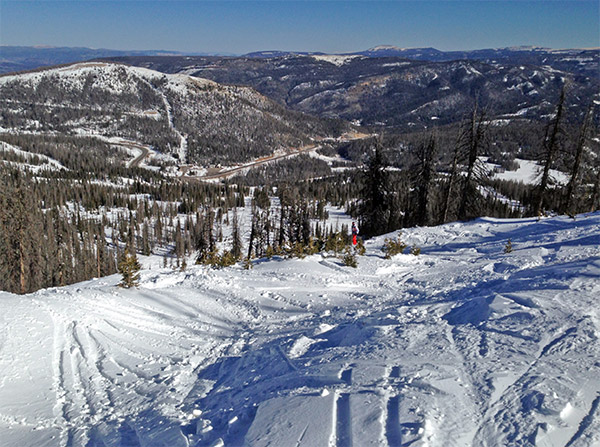 I clocked in a respectable 15,000 vertical feet over 20 runs in the three hours I skied. Why only ski three hours after driving four? Well I had a five hour drive back to Denver to make my flight out that night. Again, you have to go to the snow when it will not come to you!

Enjoyed your report and admire your determination!  Your photos are snowier than I would have expected.  I've never been to Wolf Creek, but long curious about it. Closest I got was a drive from Taos to Denver one time (thru Fort Garland?).

I've always been curious about Wolf Creek, that much snow already is a shock!

I've been to Wolf Creek 3 times.  one of my all time favorite places to ski.  Such a chill environment, everyone is super friendly, the focus is on the skiing, not the off-slope activities.