The air was crisp and fresh, the leaves were basking in autumn colors, and the slopes were velvet green. Hundreds of people enjoyed the annual Liberty Festival. Nearby Whitetail has theirs scheduled for October 26-27, 2013.

The Festivals are a time to renew old friendships, meet new friends, enjoy delicious food and have fun! The younger set walked off with painted pumpkins and scarecrows. There was a live blues band (Hard Swimmin’ Fish) and a climbing wall. Chairlift rides were offered to the top of the mountain and its historic view of the Gettysburg, Civil War battlefields. Skis and snowboards were tuned for free. All is set for a great season. 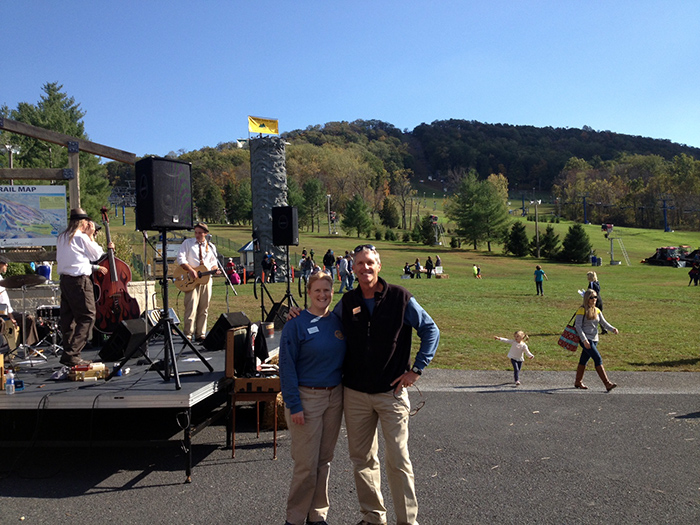 The only blues heard at the Liberty Fall Festival were from the band Hard Swimmin Fish and the only blues seen were in the sky. Anne Weimer, media director, and Eric Flynn, general manager, smile as adults sampled the local wine and brews, children painted pumpkins and built scarecrows and adolescents challenged the climbing tower. Photo by Charles Sneiderman.

There is, however, one sad note. Ratatouille, the world famous snowboarding possum, died over the summer. But, I refuse to believe it! I hope he is just playing Possum and will wake up. Until then, there is a new set of dogs and other pets learning to snowboard, while their “People” also enjoy playing on the snow! 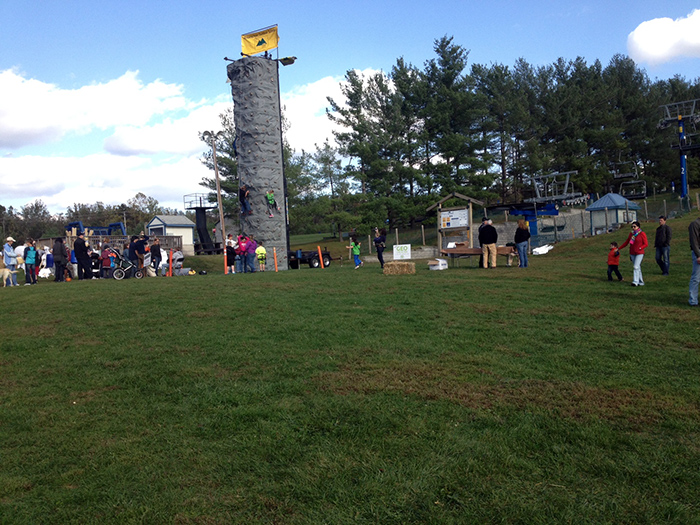 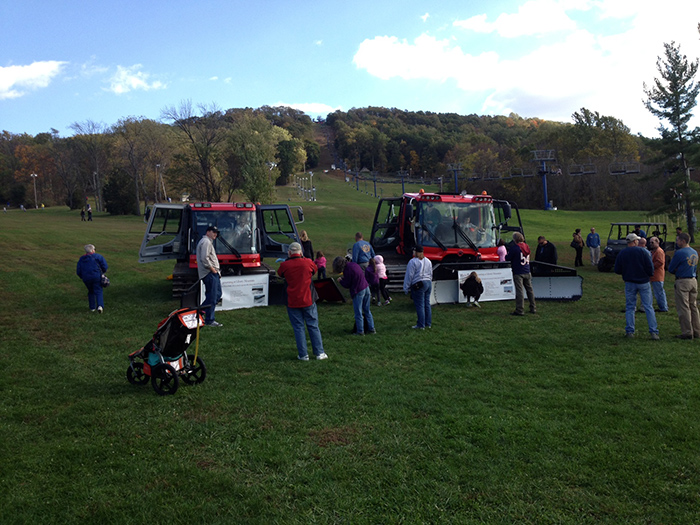 These groomers will have more skiable terrain this coming season because some trees and the A-frame Chalet have been relocated from the base area to the midstation area on the Alpine Quad. Photo by Charles Sneiderman. 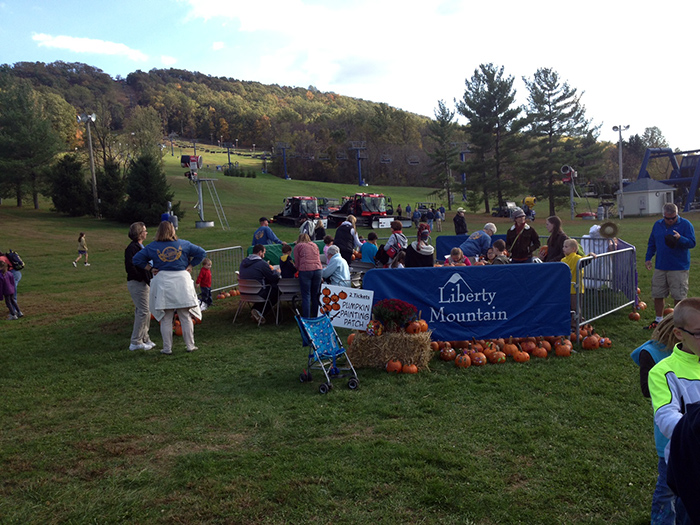 A future Banksy among them? Photo by Charles Sneiderman.