Andrew H. writes about the Willowbrook ski / golf course in Belle Vernon, Pennsylvania. Willowbrook continues to offer golf, but offered skiing in the winter from 1960-2006.

“Willowbrook had three lifts (a poma, j-bar, and ropetow) and two hills (the main hill and the beginner hill). It had a vertical drop of around 150 feet. Lift tickets were $12 when it closed. They are still open for golf but have removed the ski lifts and will not be opening up for skiing again.”

Willowbrook Golf Course has a web site at willowbrook.9f.com.

Bill Perry
November 12, 2010
I was sad to see this place close. I learned to ski and grew up skiing there in the late 80's to early 90's. In my opinion, some of the things that went on here were ahead of their time. They used the snowguns to make enormous snow piles then cut lips and jumps into them. It was basically a terrain park before they had a name for it. They used to have trick competitions on certain days of the year. It was the place to be for middle and high school kids on weekday nights. Weekends were for 7 Springs but during the week we played at Willowbrook. I know the local paper (the valley independent) out of monessen published photos from time to time but i haven't found any online. Maybe you could contact them for some old photos?

pa bc skier
January 2, 2011
I'll ad this place to the list after our next big snow. Thanks!

gcrosland
January 12, 2011
too bad it closed! The ski and snowboard industry needs more places like this; local, in expensive hills where kids can get into the sports. Big areas have such a big barrier to first timers with high prices. I agree with Bill in that they were forward thinking having jumps and allowing snowboarding back in the 80's when jumping and snowboarding was forbidded at 7 springs. Back in the days if your skis "left the snow" they yanked your lift ticket. A real community spot; drink a beer (or lil hug) and have pb&j in the parking lot and ski for the price of a movie

Brandon pav
October 17, 2011
What can I say about willowbrook well a great little hill to learn on since I was about 10 I would go there every week and snowboard for $12 can't beat that I remember the first time I ever went there me my dad and my friend from school went we snowboard my dad skied first run down my dad blew out his ACL didn't kno it at the time but it ended his skiing career sadly but we went back every week till we got good enough to go to 7springs I remember going back to willowbrook 1 day a few years ago hoping that they still had the hill open sadly they didn't and all the memories there were great wish they would buy another j-bar and do it again would really love to take my son there and teach him hopefully I don't blow out my ACL like my old man did 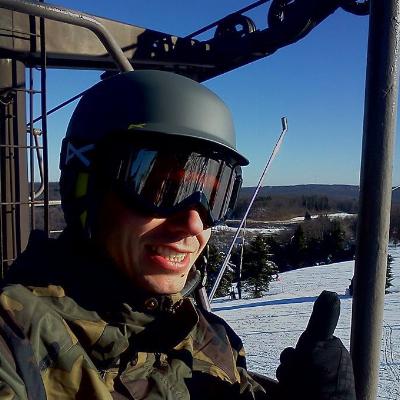 Was browsing around on internet archive and found this:

As far as I can remember, where the J-bar is listed on this map, that was actually a rope tow.  The poma is listed correctly.  I do not recall a jbar but I also dont recall any other slopes but the one.  I do know that over beyond the poma they did have another 'slope' that you could ski down when conditions would allow, and I do recall at one point they put some jumps over there but 99.9999% of the time, it was just the main hill between the rope tow and poma that were skied on.  It's possible that beginner hill existed however again, it was really just this one hill.

My parents and I would joke about their conditions report.  They would use words like "marginal".  I find it funny today that we actually bothered to call their snow report while we lived only moments away.

I live near here sagain now, and was disappointed when I saw them remove the equipment at the bottom of the mountain.  The 'lodge' is EXACTLY the same as it was before if you go there to go, check it out.  Also, the shed that housed the ski equipment during the summer is still in the golf course parking lot.