Southeast of Latrobe and Youngstown, Pennsylvania 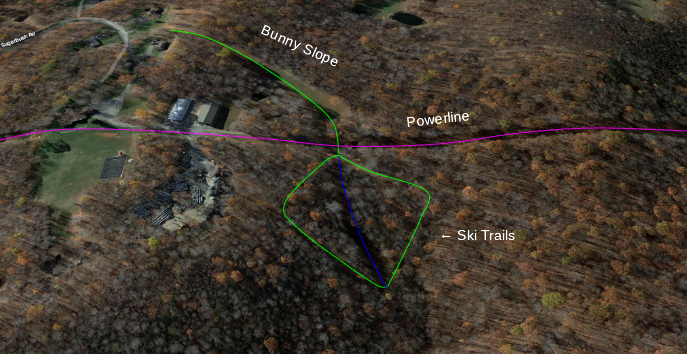 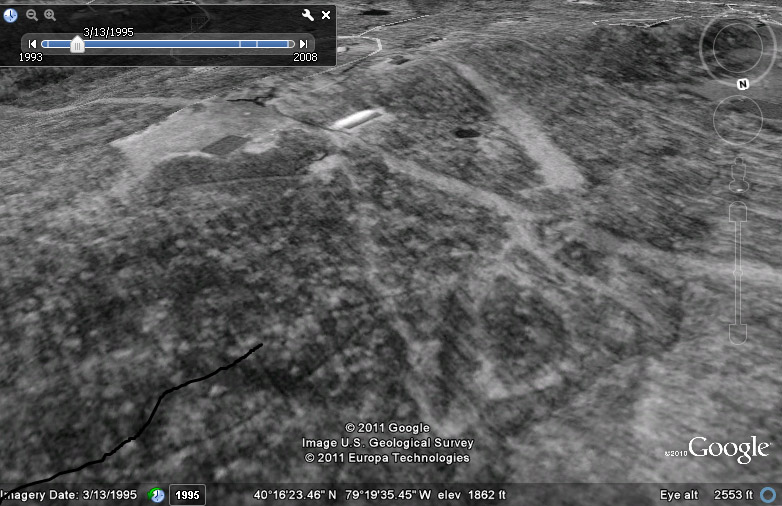 ProSkiier465 writes: “There is a photo that a user known as Adam in the comment section of Sugarbrush has found clearly depicting the trails at Sugarbrush in the year of 1995. It is an aerial shot taken from Google Earth.” Image provided by ProSkiier465.
DCSki Sponsor: Seven Springs Resort

ggnagy/midatlanticlost
April 28, 2008
"Sugarbush Road" in Youngstown, PA ends at a gate to a private residence/compound that looks a bit on the commercial side. plan on going back later in the summer to explore lower on the hillside for ski slope remnants.

Mark Slavonia
June 12, 2008
I skied this area as a youngster in Latrobe, PA in the late '70s. The lodge was at the north end of Sugarbush Road, and the small ski hill ran north from the lodge. From Google Earth images it appears to be reforested, but the remnants of a trail called "the corkscrew" might be visible. The area was served by a tow rope in the west side. The lodge served excellent hamburgers.

Becky
October 24, 2008
When I was a kid- in the 70's my dad use to take us to Sugarbush for snowmobiling and dinner in the lodge. He also use to shoot those clay birdies there too. I'm sad it's no longer there.

Christine
August 14, 2009
I cooked at the resort on Sugarbush Ridge right after High school. Pies were made from scratch...The people were great..A steeler or 2 was known to walk through the door...And the Sugarbush "family" was an awesome group of people

Amber
October 29, 2010
Sugar bush rd is now resedential. At the end of the road is a buliding owned by the owner of WMTR - Westmoreland Mechanical Testing Research It was the old ski lodge and is now used for business meetings.

Mike
January 24, 2011
Has anyone done any skiing at the slope up the road from Sugarbush called Twin Pines?