Alpine Mountain Ski Area was located in the Poconos in northeastern Pennsylvania. Prior to closing ski operations around 2016, the resort was one of the oldest ski areas in Pennsylvania, and also one of the least visited, which made it a fine choice for new skiers and families looking for a lot of snow time and not a lot of crowds. While beginners appreciated Alpine Mountain, experts found its 550 foot vertical lacking. Alpine Mountain had a full service lodge with cafeteria, pizza parlor, ski shop, rental and repair shops, and a ski school. A lounge overlooking the slopes offered a casual menu, drinks, and live entertainment on weekends. 21 trails were at Alpine Mountain covering 60 skiable acres, with the longest run clocking in at 3,500 feet. Alpine Mountain had 2 quads and 1 double lift, along with six tubing runs. All terrain was lit for night skiing.

Alpine Mountain closed for skiing in 2015. In January 2017, the 97-acre ski area was placed on the market with a $750,000 suggested opening bid. In May 2013, it was announced that a couple from the Poconos had bought the resort for a little over $400,000. The new owners stated their intent to convert the resort into a destination resort, and indicated that they had no plans to return skiing and snowboarding to the resort. This article contains photos from 2017 showing the state of the resort at the time. A Wikipedia entry for Alpine Mountain contains some additional details about the ski resort. 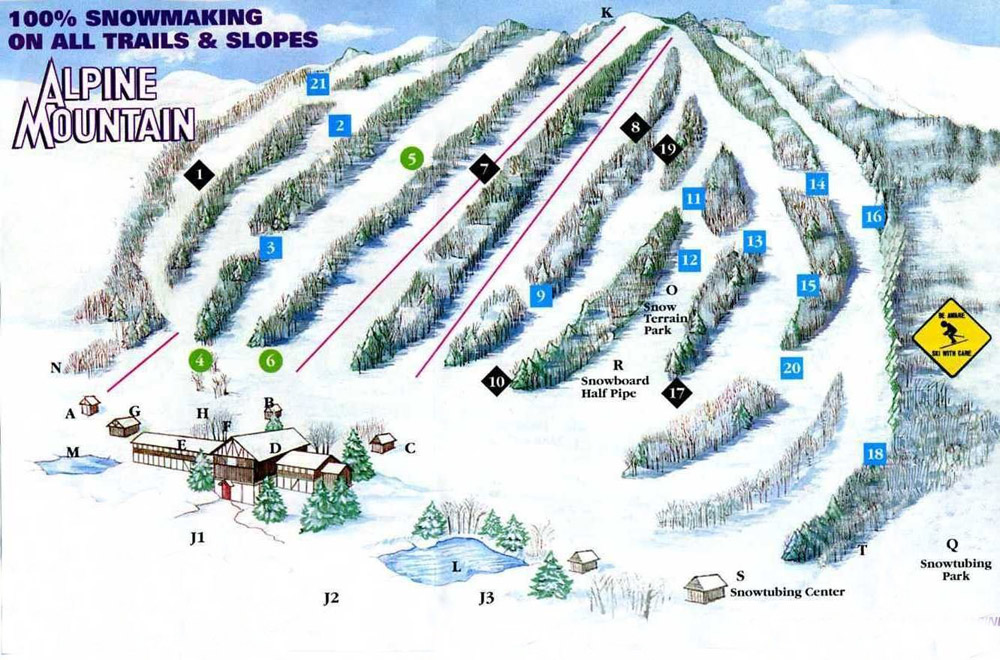 A trail map from Alpine Mountain.

It does not appear that skiing and snowboarding will be offered again at Alpine Mountain, thus it earns its place in DCSki’s Lost Ski Areas. 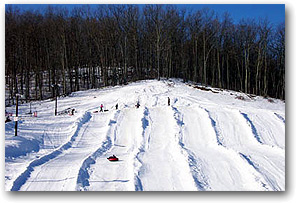 Mark H. shared some memories with DCSki of Alpine Mountain, which was originally known in the 1970s as Timber Hill.

“It had a full-on ski jump platform at one time, that was only used once. It turns out, there wasn’t enough run out room and the test subject crashed into the parking lot. At least that’s the story I heard! They also hosted snowmobile racing at times and Motocross during the warmer months,” Mark wrote. 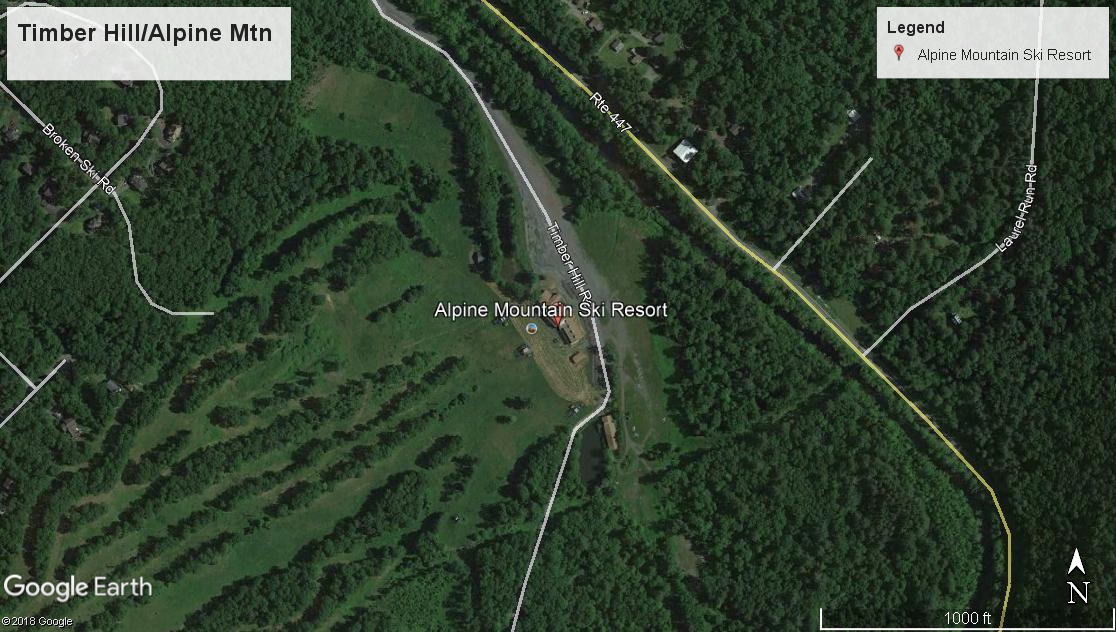 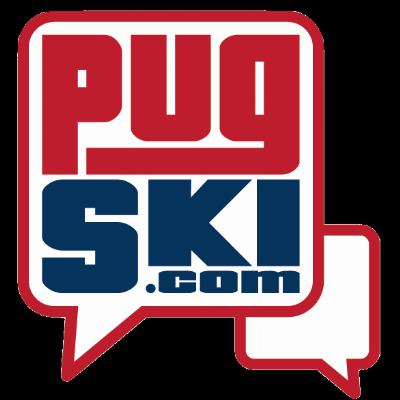 I grew up just up the road in Canadensis and used to ski Alpine when it was still Timber Hill. I was part of the "Junior Instructor" program in the late 1970's. At that time it was two T-bars and a Poma lift. I recall building our haybail jumps under the supervision of ski patrol. Mark Absolom, whos is now at Camelback, I believe running their ski school, was the Ski School Director at the time. The resort was managed by (maybe owned?) Daniel's Top of the Poconos Lodge.

After the auction the property was bought by a local couple who own a Harley dealership and wanted to turn it into a motorcycle themed restaurant/banquet hall type establishment. That was maybe four years ago. I visited this last fall and no movement has been taken on the property. The lodge and outbuildings are now boarded up to keep out vandals. To the best of my knowledge they haven't spent any money on the place. In interviews with local news outlets the owners said they wanted to keep one of the lifts up to code to offer scenic chairlift rides. Both the quad chairs are in a serious state of disrepair now, and its obvious nobody has touched them in over five years. It's also not got a particularly great view from the top, so I'm not sure how well chairlift rides would even sell here. I don't think either could be salvaged now without a serious overhaul. It really seems like they bought a white elephant. Walking up and down the place its pretty clear how they weren't competitive with both Shawnee and Camelback in such close proximity. The area maybe pushes 350 feet of vertical drop and none of it is steep. Still, it must have been a great place to learn.