ProSkiier465 uncovered what he believes may be a lost ski area near Locust Lake Village in northeastern Pennsylvania. While reviewing imagery from 1992 in Google Earth, he saw what appears to be several slopes on a hill, with the longest running about 946 feet long. Imagery from 2018 shows that the possible slopes are mostly overgrown, and what may have been a ski lodge in the 1992 image has bee demolished.

Separate from that area, the Locust Lake Village community does operate a private ski hill nearby for residents during some winters when there is enough natural snow. This newsletter from 2018 describes a few weekends the ski hill was able to be open that past winter. The hill features a 900-foot long run over a 150-foot vertical drop, and is serviced by a T-bar lift that is operated by volunteers. There is no snowmaking on the hill, so its operation is dependent on Mother Nature. 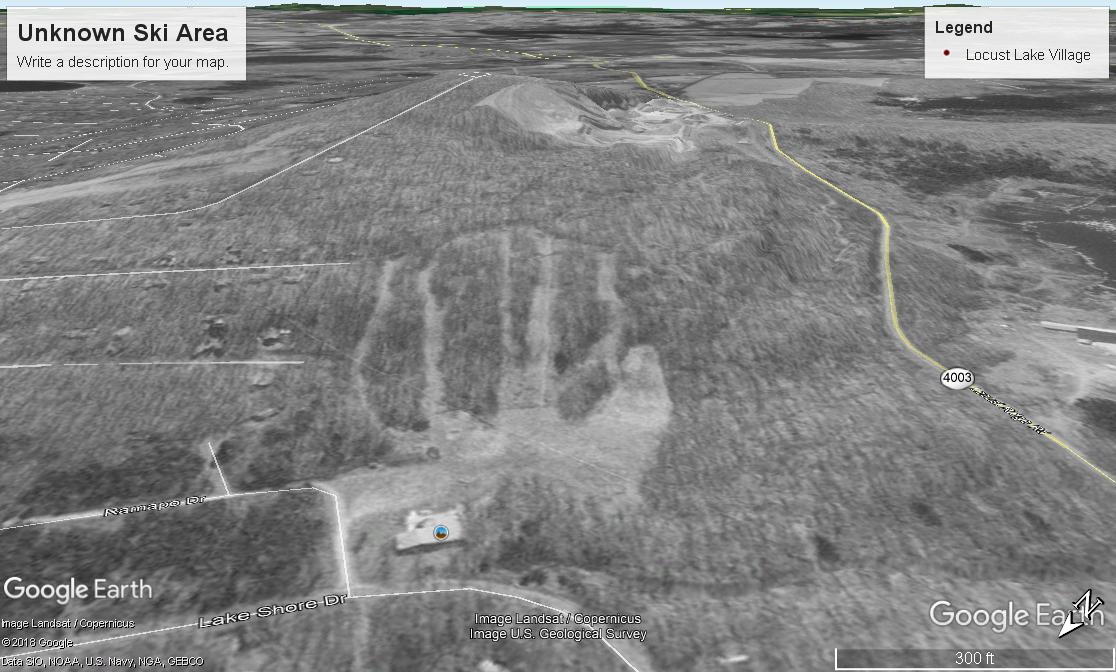 Imagery from 1992 showing a possible 5 or 6 trails and one lift. Image provided by Proskier465. 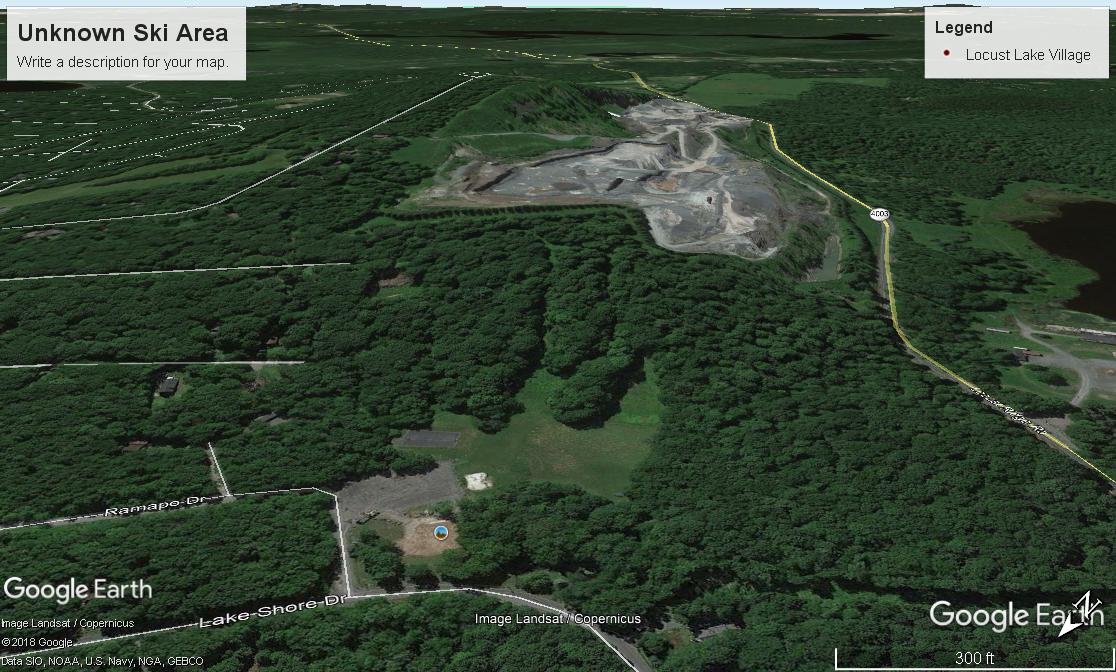 There are no reader comments on this lost area yet.