Since I left Colorado on Feb 17 I have traveled to Park City, South Lake Tahoe, and I am now on my way to Jackson Hole, WY.  I skied one day at PCMR, two days at The Canyons, one day at Heavenly, and four days at Kirkwood.  The lesson learned on this phase of the trip is:  it’s not about the snow, it’s about the people!

I arrived in Park City on a Tuesday night and it was quiet.  Utah is having a low snow year and a groomer operator told me at the time he had not seen a significant snowfall in over 40 days.  My first day at PCMR was a bit of an eye opener.  They still have a great deal of ski terrain open, but conditions were firm and fast.  Most off-piste surfaces were like concrete.  That evening I put my skis in a shop for a $10 edge and wax job. Edges weren’t much of a consideration in Colorado because of the excellent packed or fresh powder conditions.

On my second day in Utah I connected with DCSkiers Crush and Mary on their home mountain, The Canyons.  They gave me a wonderfully warm welcome.  The weather was clear and warm too and the snow softened nicely.  We had a fine day of spring skiing and in the evening they invited me to their place for the best meal of my trip, home cooked pork chops, rice, asparagus, salad, and a bottle of Snowbird beer.

At lunch that day we had made a toast to Ullr and darn if it didn’t snow about 2-3 inches overnight.  My second day at The Canyons was even better than the first and more winter-like.  In the afternoon Crush took me to some double black diamond terrain on the mountain’s highest peak, 9990.  We made a couple of passes through an off-piste area known as Charlie Brown.  Conditions were thin, but there was enough soft snow to be extremely fun.  I felt like a got a taste of the real Utah.

Then I packed up and drove further west for a rendezvous in California with DCSkier Denis B.  I arrived in South Lake Tahoe in time for a couple solo hours of skiing at Heavenly.  It was a super mild day and I picnicked on the mountain with a bagel and cream cheese sandwich.  Conditions were very subpar and surfaces were slushy. Utah was white in comparison, but Tahoe is Tahoe - gorgeous in any season.

Since Denis and his wife relocated from Virginia to San Francisco about a year and a half ago he has adopted Kirkwood as his home mountain and we made a rendezvous to spend the next few days there.  I love Kirkwood.  It has some tremendous advanced terrain, enough to challenge the strongest of snowriders.  But Kirkwood was in rough shape too.  The temps had dipped for our first day there and the slushy conditions turned to frozen granular on the groomers.  The off-piste was coral reef.

Denis and I made the best of it (he brought a few bottles of California wine that smoothed things out) and on the second day we even took the afternoon off from skiing and went hiking in the High Sierra forest at nearby Carson Pass, elevation ~8600’.  Our third and fourth days at Kirkwood were much better.  It was suicidal for the snowpack, but we enjoyed a return to warmer temperatures softening the snow and making the groomers fun again.  It looks like the Tahoe region may get a storm in the next few days of 6-12” of snow.  They are due!

Today I plan to arrive in Jackson, WY and hope to ski with DCSkier JohnL and others at Jackson Hole for three days starting tomorrow.  I will update this post if I get any good photos.  It will be my first time at Jackson Hole and I’m pretty excited to see a mountain that is on every avid American skier’s bucket list.  But whatever Ullr brings I know the most rewarding ski days are those spent in good company.

All photos by Jim Kenney

If you don’t mind a barracks style bunk in the dorm room of the Chateau AprÃ¨s Lodge it’s a great bargain at $40 per night including breakfast and just two blocks from the base of the lifts at Park City Mountain Resort (PCMR).  They have regular rooms too.  It is one of PCMR's original old school lodges and was built in a Swedish style by Ken Holt in ~1964.  Grandson Jason still runs the lodge.

The terrain under the Jupiter Peak chair at PCMR was scary-firm.  I made a couple laps up there on a less severe west face nearby.

A couple that skis together stays together.  It's worked for Mary and Crush for 23 years.

Driving by the Bonneville Salt Flats in Utah.

My picnic spot at Heavenly, not far from where I had a picnic in 2005 with two of my daughters.  BTW, skiing with sunglasses sucks.  My eyes were constantly watering during a whirlwind two hour visit to the mountain that included 11 lift rides.

Denis looking good at Kirkwood on his beloved tele gear.  His many postings on DCSki about his past ski travels were a direct inspiration for my current trip.

Carson Pass, elevation ~8600 is not far from Kirkwood and is a good place for a hike or ski touring.  The stone marker to the right of the SUV is dedicated to Kit Carson, legendary western pioneer, guide, and explorer.

Due to the firm conditions The Wall at Kirkwood was as formidable as I've seen it in three visits.  All those years skiing Blue Knob's Extrovert were good preparation :-) 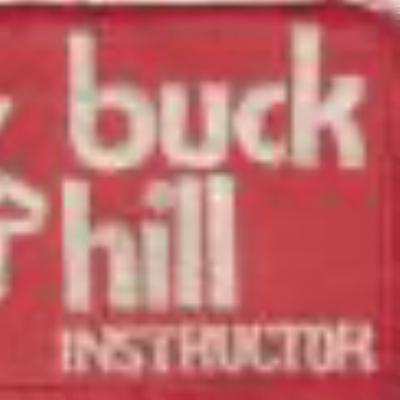 Looks like Jim gave up NOT skiing everyday for Lent.

In a bad ski year in Utah, gotta get to Alta/Bird and Solitude/Brighton. On a powder day there is nowhere better to be. On a non-Powder day, they'll still beat PCMR/Canyons for snow quality most likely, as they dont get as many skiers. If the conditions are truly terrible, I guess Deer Valley is the place to be, since they make snow like crazy.