chaga
December 28, 2009
Member since 11/24/2009 🔗
590 posts
I hope you are enjoying the downs too after climbing! A friend of mine took a GPS with him last weekend during the powder mayhem and racked up some vert and looks pretty neat on the map too. 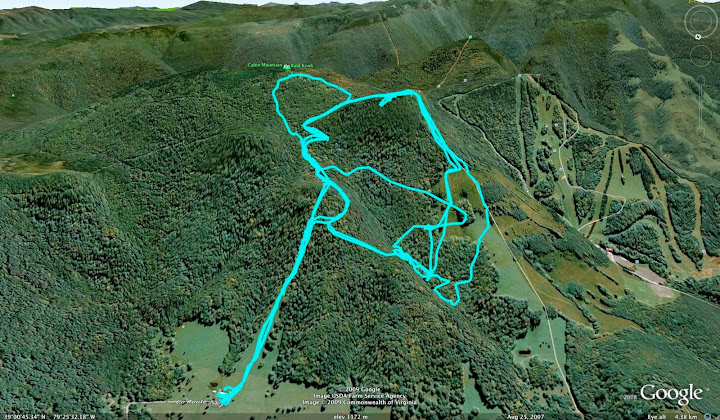 have a good ski, should be awesome!! Still have 100% solid base *everywhere* and the lake-effect machine is crankin' as we speak. Powder on bomber base.... as good as it gets!

chaga
December 30, 2009
Member since 11/24/2009 🔗
590 posts
the gps trip map on visitcanaan looks incredible. It's pretty amazing that so few take advantage of being able to ski like that! I bet you have some sweet pics because it ended up to be a killer bluebird yesterday! (clear almost-full moon also allowed us to ski for hours without headlamps too...amazing!)

TGV
January 5, 2010
Member since 11/13/2008 🔗
337 posts
Unreal photos, unforgetable memories that will last.
I will be skiing BC on the following days, and for those who do not know the area too well, I'll break trail - join the fun.
Wed night - night BC
Thu morning - early start
Fri morning - early start
Sun morning - early start
There is a snowboarding competition at Tline this Sat... so I will have to just take it easy - Photo Coverage ya know.
Alright, here it is again, if interested: ludovic@akaflash.com

fishnski
January 5, 2010
Member since 03/27/2005 🔗
3,530 posts
Originally Posted By: TGV
Unreal photos, unforgetable memories that will last.
ludovic@akaflash.com
Was Cking out your daily Photos on your Visitcanaan.com site & that shot of Timberline was amazing!..can I get it for a screen saver?...Will have to see some of your work & pick out a couple of those awesome shots to decorate my camp up there in Canaan!

David
January 5, 2010
Member since 06/28/2004 🔗
2,444 posts
Andy, you should definitely look into to that. I've seen some of Vuc's stuff after it gets back from the printing press and it is GREAT! It look awesome in your WV Alpps ski shanty!
DCSki Sponsor: Support DCSki