The Colonel - DCSki Supporter
March 4, 2008
Member since 03/5/2004 🔗
3,107 posts
May there be a thousand more interesting posts.
What kind of weather do you see for the Valley this coming weekend?
The Colonel

Yeah, where is that guy??

I saw this pic today and thought of him: fishnski
March 5, 2008
Member since 03/27/2005 🔗
3,530 posts
I heard that Ibotta put a hit on me thru the Cuban Mafia (partially funded by Snowsmith) & I'm hiding out in a snow cave high up in the Alpps near MPC & the Roaring plains! Its getting Slushy up here but I'm holding out for "The perfect Storm"!!
I was trying to see if I could retire from DCSKI at 999 but I am the Mouth that moved South so I'm now semi retired....I'm hoping to be more of a Lurker & less of a postal Jerker in the future (See how that goes!)
Where did you find that pic David?

PS..I passed the 1000 post club a long time ago. I'm actually up to 12 to 1300 posts if you count my original posts using "Andy" & then there was Tempfishnski & even Homebiscuit...Homebiscuit came out when I tricked everyone into talking about MPC again..Anyone remember that?.....Thanks for spotting that out Colonel....TGD Caught my 1000 post thing & PMed me earlier...Have a goodin you all...& Long live the WEST VA ALPPS.. BRING ON ALMOST HEAVEN..Just say NO to Global warming...Peace in the Middle East (Mid Atlantic)..& BRING ON THE PERFECT STORM !!!!!!


Whitegrass's site...Just like a trout goes after a good fly, I knew that pic would bait the "Fish" out....

jimmy
March 6, 2008
Member since 03/5/2004 🔗
2,650 posts
Ha fish way to go just be sure to stay away from snowhighway (US219) for a bit, Lou has gathered the clan & i hear they're taking the Appalachian Metro up to the statue of andy with plans to smoke U out, yup they got about 2000 Partagas #4's and a sheetz tanker filled with espresso and mojitos, stay tuned.....UNOWUT that "statue of andy on MPC" post was the one that got me started on dcski, who was that Gat????? funny stuff....anyways here's to the next k.

lbotta - DCSki Supporter
March 6, 2008
Member since 10/18/1999 🔗
1,529 posts
Jimmy, I do have the clan here. If you're anywhere in Slatyfork, you'll hear the salsa music coming out of my condo three miles away and 2000 feet up. And if the winds are good, you can smell the roast pork (lechn) and rice and beans with lots of garlic. Since two of my cousins own their own construction company, we were thinking about getting a Metro built at the Shoe along with a gondola. And if you're hungry, stop by.

lbotta - DCSki Supporter
March 7, 2008
Member since 10/18/1999 🔗
1,529 posts
I finally learned from my family to cook the pork shoulder so I wouldn't dry it out. My cousin didn't want to tell me her recipe until this year. And we had a paella so good that would raise the dead. Three years ago, I bought a paella pan that can make paella for up to 30 people. Takes over the entire range. There was none left by the time the evening was over. We invited neighbors and some of the employees who have been great to my folks over the last 5 years, so they enjoyed a great feast. By the way, Southern Italian and Spanish cooking are quite similar in the ingredients, including the rosemary, saffron, and tons and tons of garlic.

Pretty much any food can be made better by just simply added tons and tons of garlic!!!! Yum, you guys have got me hungry. I am going to make a trip to Snowshoe just to get something to eat.... 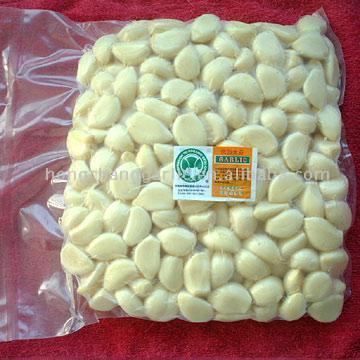 Agree about garlic, but the mixing of garlic, cumin, bay leaf and saffron, added to a "sofrito" of onions, lemon juice and peppers of different colors, can exhault otherwise insipid food. Tropical tubers is a case in point. Yuca has no flavor whatsoever, but you go to Jaleo and they make a "yuca frita" with the "mojo" (pronounced MOH-HOH) and people pay enough to guarantee Jaleo with a 1000 percent profit on a cheap tuber...

My brother's wedding was in Key Largo last fall, and the caterer put a lot of Spanish/Cuban influences into the food. It was great, especially the Friday night rehearsal dinner.

lbotta - DCSki Supporter
March 7, 2008
Member since 10/18/1999 🔗
1,529 posts
219, Paella is also one of my vert favorites. The best paella I ever had was in Venezuela when I was assigned there at the Venezuelan War College complex in 1989. Went on a scuba trip with friends to the Archipelago of Los Roques, an isolated atoll with fishermen's houses dating to the 1500's and after scuba, fishing, and relaxing, the Venezuelan boat operators cooked a paella on the beach, on an earthenware paella pan, with fish and shellfish that was still wriggling when they put it on the pan. The saffron was still fresh. What a treat...

bawalker
March 8, 2008
Member since 12/1/2003 🔗
1,547 posts
Speaking of foods, where are some REALLY good restraunts at in the Manassas area? Such as Thai (never had it) and good Indian or Italian? I will be working for an office down there for a few days and am wondering what could be good for a mid evening supper before heading home?

Don't know my way around Manassas but closer into the city in Vienna, there are some outstanding Thai restaurants. I lived in Vienna for almost a year.

lbotta - DCSki Supporter
March 8, 2008
Member since 10/18/1999 🔗
1,529 posts
Come by then next time I'm at Snowshoe. Or perhaps if DCSki has its reunion at Snowshoe some day, I will treat the gang with dinner. Arroz con Pollo, Plátanos Maduros, Tostones, Yuca con Mojo, and Tamales. Even Vegetarians will have a feast!

Funny you should say... I recently bought an entire ham for my family's arrival. And the best news on the ham world - Pata Negra ham, reputedly about the tastiest in the world and with a price to match, is now imported for the first time in history in the US. Took 110 years to do that but well worth the wait...

Great apre ski: Serrano or prosciutto, Asiago and Manchego, and a deep, hearty Rioja... or even Glühwein...

bawalker
March 10, 2008
Member since 12/1/2003 🔗
1,547 posts
Yup, unless I crash in the office over night. Mainly I end up arriving and working in the early afternoon, then when the workers leave I have the place to myself. I usually get on 66 around 10ish, back to the Strasburg area around 11ish, then when I lived in Wardensville, 11:30ish, but now that I'm living in Lost City/Lost River 12:00amish.

Yeah it's a haul.

Originally Posted By: lbotta
Brad, will you be traveling home every night? Sounds like a loooong way...

Don't know my way around Manassas but closer into the city in Vienna, there are some outstanding Thai restaurants. I lived in Vienna for almost a year.
DCSki Sponsor: The Omni Homestead Resort