I had to stay home this weekend. Hope everybody is having good days on the snow.

Not as nice as Utah, but I had no complaints.

appskiah
February 17, 2008
Member since 09/16/2006 🔗
88 posts
i was going to use my free Stratton ticket (while visiting relatives in CT) from the give-away promotion they had in nov/dec. but, i forgot its not valid during holidays. doh! so, i'll probably stop by Sno Mtn on the way home. 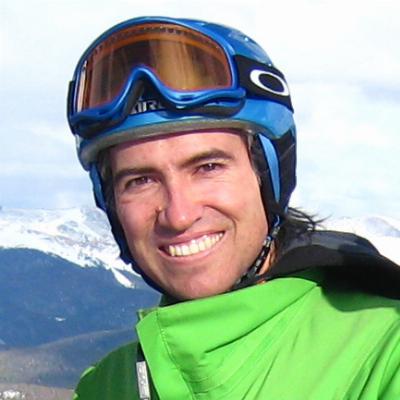 Loon on Friday: the biggest crowd was from a private school that bused 200 kids up to the place. Otherwise, no queues on the chairs, and only a short one on the gondola. Warm weather, too, so the snow was mostly ego (save for where the groomers hadn't tilled things, and some boilerplate, post-rain sections were evident).

Cannon on Saturday: again, no big crowds. I'm guessing that the forecast for cold had most people staying inside, though it wasn't that bad (-10 at the top at 8:20 am, but up to 10 above by early afternoon). Most trails allowed you to open up and take some good cruises. Some of the trails also had a nice 4-6" layer of fresh snow from the previous night's storm (it drifted to 10" in some spots on the upper mountain and at Mittersill). The Zoomer chair developed a 2 minute queue due to a charity race, but the other lifts had no lines at all. The first tram of the day wasn't even packed to the gills, though subsequent ones were. And not many people were crossing to Mittersill, which was their loss, as the snow at Mittersill was extremely good (a mix of everything New England has to offer, from powder to boilerplate).

I had to stay home this weekend. Hope everybody is having good days on the snow.

Whitetail Sunday 0830-1600.
No lines of any significance but the green hill (maybe 3-5 minutes). I skied the blues and blacks until lunch. The black lift was fine in the morning, no stops at all. The HSQuad stopped alot.

Snow was great. Soft and not icy as the temp went from 32 to 42 during the day. I would much rather ski loose granual than sheets of ice. It makes for a nicer crash landing in the terrain park.

Crowds were very reasonable and had a fantastic time. Talked to several people who where at WT on Fri and Sat and they reported no lines all day. Today looks great too on the web cam.

Lines at WT seem shorter this year. Anyone notice the same?

oldensign - DCSki Columnist
February 18, 2008
Member since 02/27/2007 🔗
456 posts
Rain greeted me in the Midwest this weekend. Kids still wanted to do some thing snow related. Found a 2 for 1 coupon for tubing at Paoli so off we went.

5 year old loved it. 7 year old was bored before the 2 hour ticket was up.

The slopes at Paoli looked beat. Coverage was fine but they had been rained on an the high winds were whipping leaves out of the woods and on to the slopes.

Skied Mt Holly in Detroit the week before. Conditions were excellent! TR forth comming.

Hi Woody - hope you are getting some good slope time this year.

Conditions were great on Saturday, although it was packed (especially on Ballhooter). The snow was nice, there was no wind, and the sun was everywhere. Skied the new trails for the first time, and particularly enjoyed Sawmill.

Sunday brought fog but took away the crowds. The fog came on so thick by 2PM that you could not see more than 10-15 feet in front of you. It was a good day to ride close the the edges of the trails.

Monday took away the remaining crowds. After a brief spell of rain, the temps dropped into the mid-20s. Snow started to spill from the sky and the skiing surface softened up. I ended the day ripping turns on Cupp with hardly another soul around. Lots of fun!

February 18, 2008
Member since 07/12/2004 🔗
2,281 posts
I was at Canaan Valley with my scout troop. Sat. was bulletproof ice with a small amount of scrapings on top. Sun. it had softened in warm temps, but still there were only 4 trails + bunny slope. Today dawned 45 deg. with rain after an all night rain. The troop voted to go home. We never had a lift line and that was nice. I heard that Timberline had 90 minute lines on Sat. although they had more open. The adult lift ticket price for those 4 trails was $59.

JohnL
February 18, 2008
Member since 01/6/2000 🔗
3,537 posts
Quote:
Some of the trails also had a nice 4-6" layer of fresh snow from the previous night's storm (it drifted to 10" in some spots on the upper mountain and at Mittersill). The Zoomer chair developed a 2 minute queue due to a charity race, but the other lifts had no lines at all. The first tram of the day wasn't even packed to the gills, though subsequent ones were. And not many people were crossing to Mittersill, which was their loss, as the snow at Mittersill was extremely good (a mix of everything New England has to offer, from powder to boilerplate)

Some more details on Mittersill, please? This is a story to be told.

songfta
February 19, 2008
Member since 05/10/2004 🔗
47 posts
If you look in this photoset I shot over the weekend, you'll see some pix from Mittersill (about 2/3 of the way through the slideshow). It's like skiing in a ghost town: the ruins of the old double chair, the trails that the Franconia Ski Club clears in the off-season, the saplings that are still on the trails, and the totally natural snow conditions. And Baron's Trail, which leads into the main part of Mittersill from the top of the peak, has one of the best bump lines I've ever skied (due in no small part to the narrowness of the trail forcing only two good lines into effect).

If you ever end up at Cannon in a good snow year, it's worth the hike. And this season is perfect for it: I didn't hit any rocks on the wild trails of Mittersill due to an abundance of natural snow.

giantjr
February 20, 2008
Member since 09/18/2006 🔗
29 posts
I was at Timberline. Friday fantastic conditions with no lines. Saturday the lines were 45+ minutes. My sons bet they could walk up Lower Dew Drop and beat me on the lift to the mid-station. They won by 10 minutes. Lines were long, but slopes only had a few people. Sunday by 8:30 lines were long, but not as bad. Monday no lines, but fog set in and visibility dropped to 15 feet. Rental ran out of snowboards. Terrain park had many injuries!!!! Didn't see many injuries on other slopes. The Drop was the best run. White Lightening good in the am, but turned to ice.
DCSki Sponsor: Seven Springs Resort