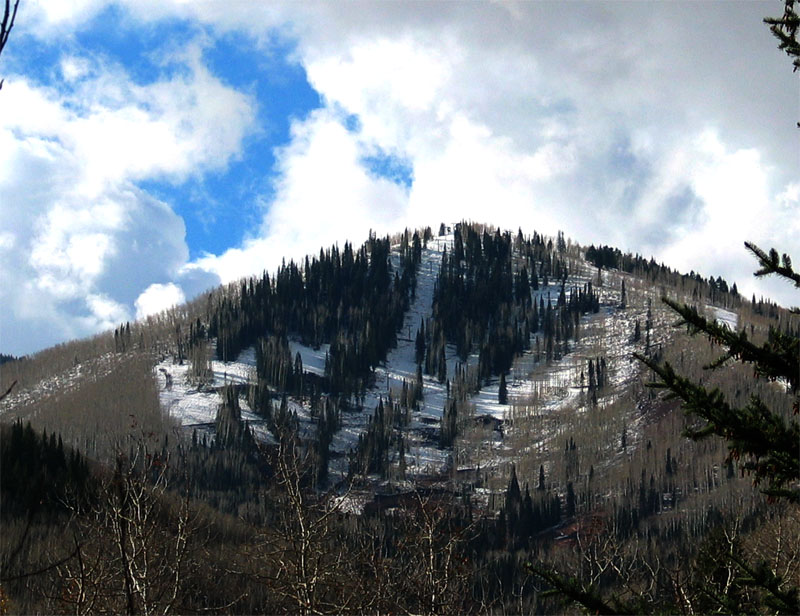 What exposure (North, Northwest, etc.) are the slopes in your picture? How does snow accumulation on that side of the Canyons compare to the rest of the area?

Crush I'm gonna be out Jan 12-21. Planning on 2 days at The Canyons... think we'll have any luck at meeting up this time?

. Looks like that new stuff is good place to spend some time when it's snowing? First full week in march i'll give u a call.

Very brief update just as a warning for those of you coming out to Park City before the next big storm (which is nowhere to be seen in the forecasts right now). There is something strange about The Canyons grooming. They seem to leave rocks strewn all over the groomed intermediate runs. This is a minor problem at Park City and nonexistent at Deer Valley. The snow off-piste is still good- but lean- at The Canyons, but be warned about the groomers. About 70% of the rocks I've hit so far on this trip have been on intermediate groomed runs at The Canyons.

Conditions are thin but passable at all three resorts- thin by western standards. You're gonna need all those hard-earned skills you picked up hopping from snowpatch to snowpatch to keep your skis in good shape, but it's worth it. There's some great snow on 9990- try Dutch Hollow out- Dreamcatcher is holding well too. Avoide Deschutes and Grande at The Canyons.

McConkeys is scratchy at Park City; best to head up Jupiter and hit West Face. There is also great snow in Six Bells if you drop over the skidded-off patch at the top. And the groomed intermediate skiing at PC is spectacular right now- probably the best of all three resorts.

No snow anywhere in the forecast but the skies are purple and the air is cold, so nothing is melting on the runs. Just watch out for "percolating pebbles" on the higher-traffic, non-snowmaking runs.

More when I get back to Kansas!

ps- the bottom of Dreamcatcher is already criss-crossed three times by roads for "The Colony."

Crush
January 18, 2007
Member since 03/21/2004 🔗
1,082 posts
Z-man : I dunno I just got back in and I dropped into Grande and it was pretty fun for me! I used my usual entrance into the headwall (skier's far right just above a tree stump ... the only place where there are few rocks on the headwall) but once I was in it was fun! Three big turns until the bumps at the bottom the little pucker-brush was funny but all in all fun. Peak 5 was another matter ... skied in the trees until I exited on the groomed to avoide little stones ... yuck. Dreamscape and Dreamcatcher were fun the bumps under the Dreamscape lift were dreamy.

Roger Z
January 18, 2007
Member since 01/16/2004 🔗
2,181 posts
Crush- good point. I should have said "skiers left" of Grande was not so grand. Scraped bare pretty much at the top so you really have to be creative to get around it. I missed the entrance skiers right and noticed it later from Saddleback.

At PCMR- Scotts Bowl is really good, as is West Face. Mogul runs- Badlands at The Canyons and Glory Hole/Fools Gold PCMR are must dos. Anyway, I'm off to the hot tub.