My first ski day this winter was Friday, January 10, 2020 at Whitetail, PA. That’s a pathetically late start for me, but it was a good day, partly sunny and a high temperature of about 46 degrees. I arrived at 10:15 a.m. and left around 4:30 p.m. I made about 30 runs and logged a nice day’s worth of ski mileage. 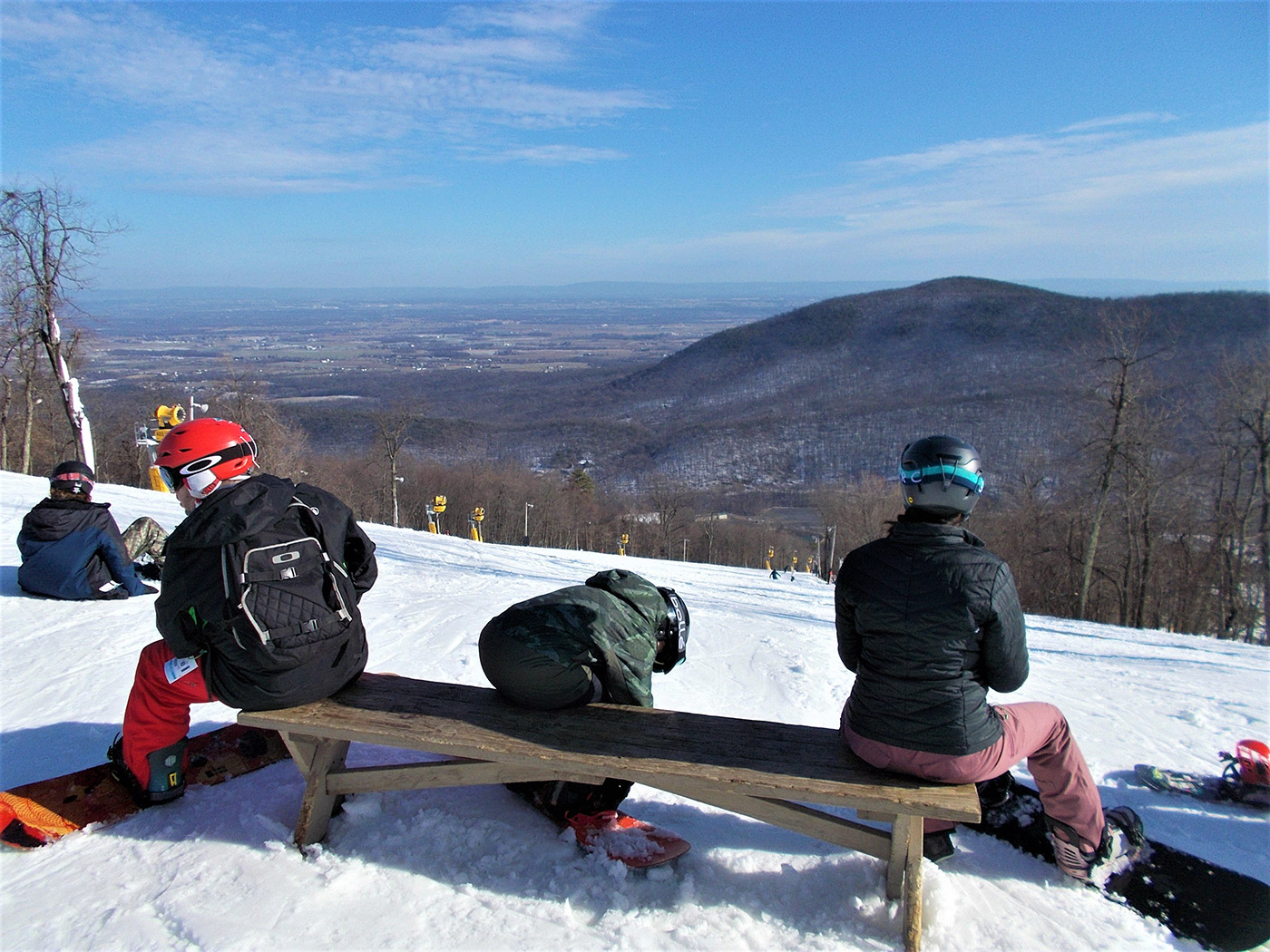 Gearing up at the summit. Photo by Jim Kenney.

We’re having another crazy Mid-Atlantic winter. It was a snow day the Wednesday before my visit to Whitetail and the kids in my neighborhood in Northern Virginia were off of school. The day after (Saturday) I made my visit, the kids in my neighborhood were wearing shorts and flip flops. In between, Whitetail had a precious few nights of snowmaking weather and I skied in fresh, if somewhat heavy, manmade snow when I first arrived on Friday. 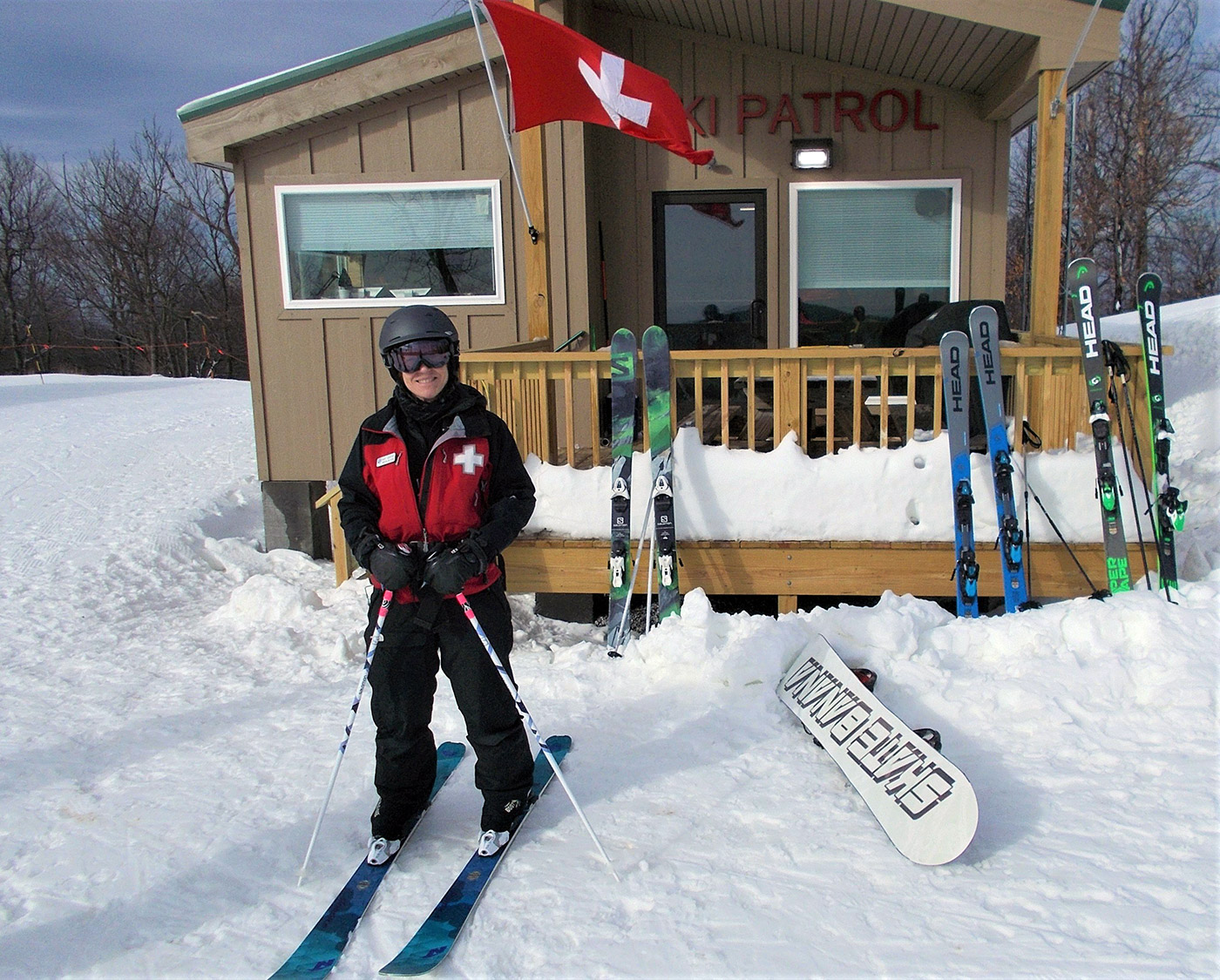 Only one route was open from the top of the Whitetail Express Quad Chair. It was the combination of the blue square Angel Drop trail and the Jib Junction terrain park/freestyle area. This combo has about a 900-foot vertical drop, and by using the high speed express, a visitor can rack up a lot of runs here in just a few hours. That’s exactly what I had in mind to try to find my 2020 ski legs! 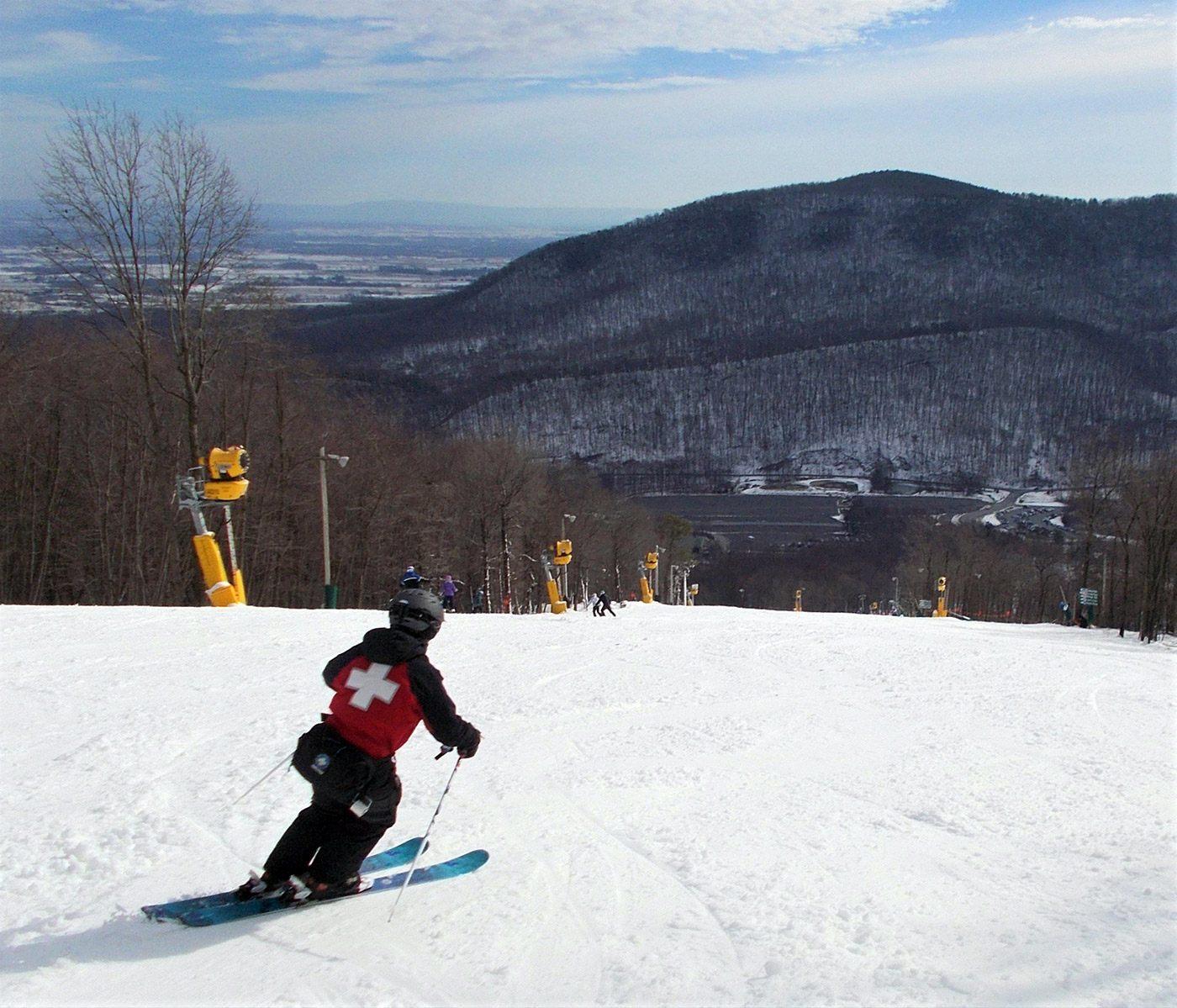 The EZ Rider Quad Chair was also running on Friday and for some variety I began making occasional laps on the Snow Park trail served by that chair. Snow Park is a green circle run, but has a 523-foot vertical drop and decent pitch. The entire ski area had a respectable, but small crowd and I never waited to ride either chair. You gotta love weekday skiing! 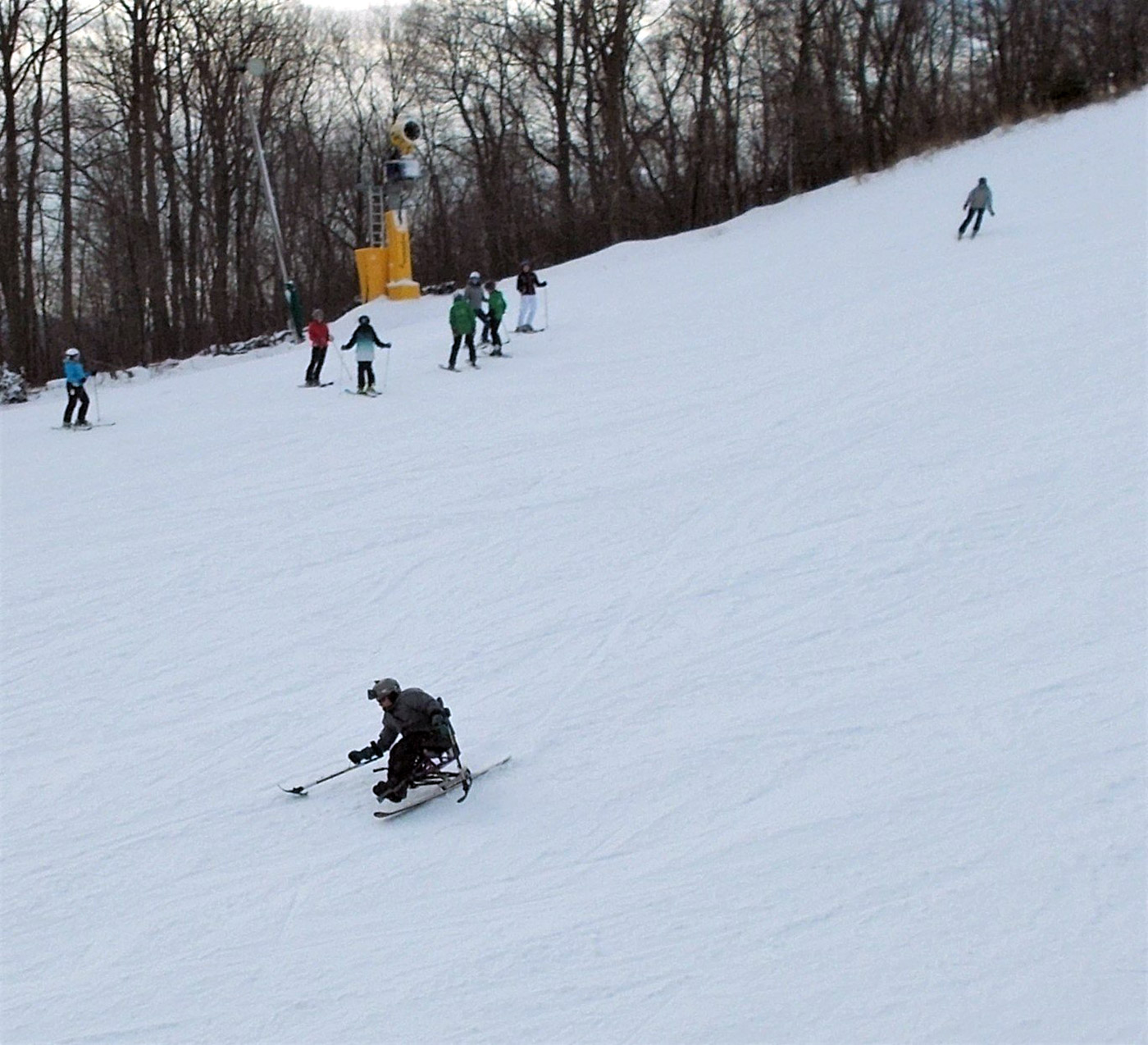 Part of my fun on Friday was skiing a new pair of Kastle LX 85 skis (frontside/85mm underfoot) that I bought from steepandcheap.com about a month ago for $149. They worked well, plowing through the manmade snow. Later the snow on the Angel Drop and Snow Park trails dried a bit and eventually became faster and more fun as the day wore on. 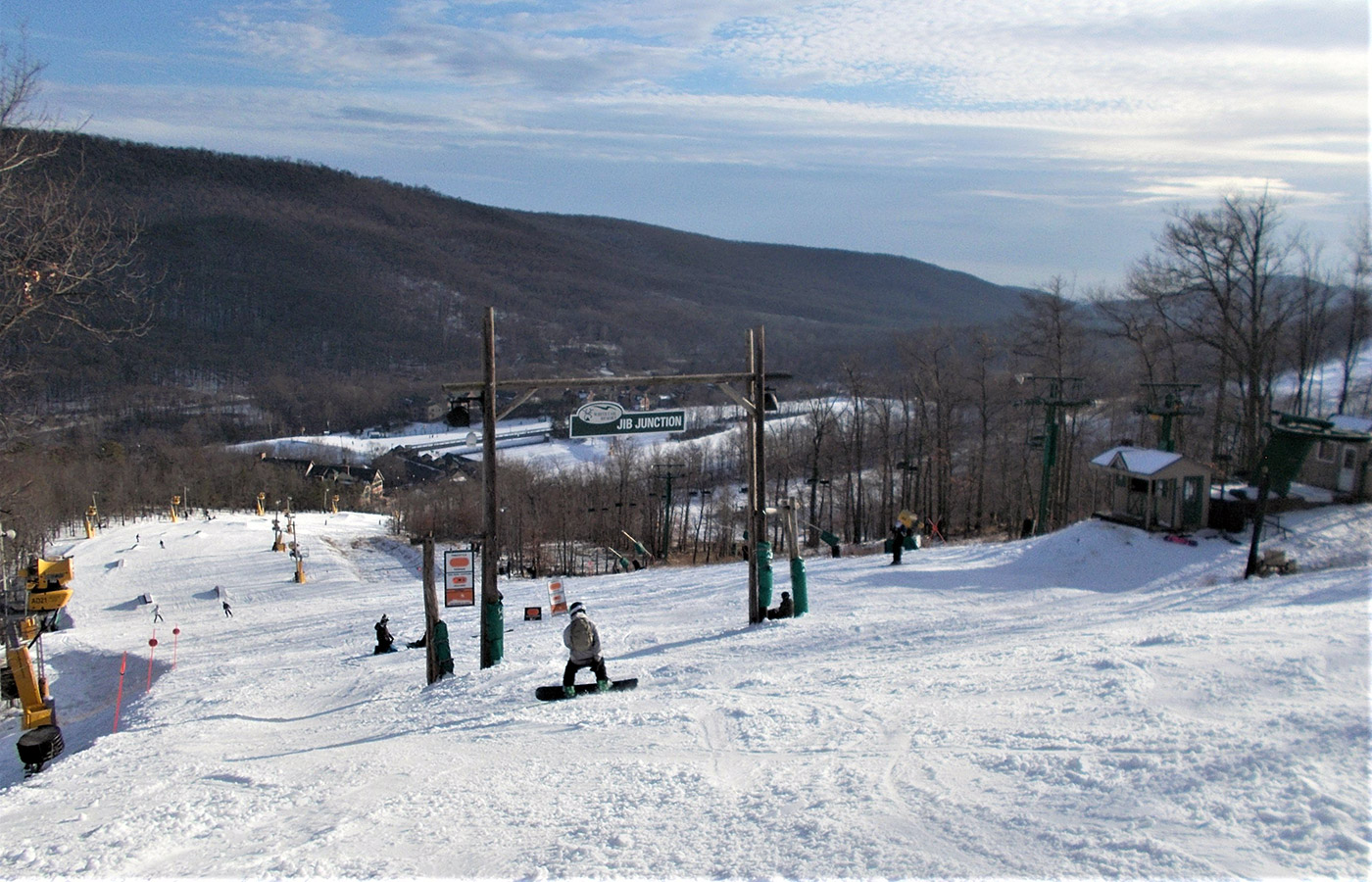 It appears that starting next Thursday, January 16 our region will begin an extended streak of below freezing nights for excellent snowmaking conditions. YES! This should be just what the doctor ordered to get more trails on-line at Whitetail and all our local ski areas. And just enough time for the muscles in my ski legs to quit screaming from their first good workout of the season.

PS: Whitetail is closed Monday through Thursday this week and plans to re-open on Friday morning, January 17, 2020 when colder weather returns.