On Wednesday, November 20, 2019, West Virginia’s Timberline Resort entered a new era as it was purchased at auction by Perfect North Slopes. The family-owned Perfect North Slopes is a ski area in Indiana that has been in operation for over 40 years. Mid-Atlantic skiers and boarders greeted the purchase with enthusiasm, as it offers hope that the bankrupt Timberline will rise again and become a revitalized ski resort. 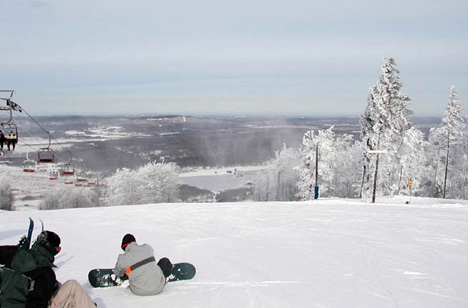 Timberline Resort changes hands, offering hope the resort will re-open as early as the 2020-2021 winter season.

Timberline Resort has had a bumpy road over the past few years. On February 20, 2016, the resort experienced a significant chairlift malfunction that injured multiple skiers. The cross-arm of one of the lift towers on the fixed-grip Thunderstruck lift separated from the lift tower, landing onto the ground.

Following that incident, trust began to erode between Timberline’s owners and its customer base, and more issues faced the property.

In 2018, Timberline Four Seasons Utilities — which provided water to the resort and many nearby properties — faced a procedural Boil Water Notice (BWN) after the loss of a Class 2 operator amid allegations of billing and tax issues. On December 13, 2018, the prior co-owner and managing partner of Timberline Four Seasons Resort was arrested in Tucker County and charged with 12 counts of failure to pay hotel-motel taxes. Meanwhile, multiple J1 foreign students who arrived to work at Timberline last December ended up going home or moving to other resorts, contributing to a labor crunch at the resort. The resort also faced health code violations that shuttered its on-site restaurant.

On top of all these issues last winter, the resort struggled to make snow and open slopes, resulting in a significant drop in visits. Ending its season early, many area skiers wondered if Timberline would ever re-open.

The resort filed for bankruptcy earlier this year and ultimately landed on the auction block. News that an experienced ski resort operator would be purchasing the resort was welcome news to Mid-Atlantic skiers, who feared an eventual buyer might not be interested in using the land as a ski resort.

Based out of Indiana, Perfect North Slopes has 23 trails, a vertical of 400 feet, multiple surface lifts, and five chairlifts, including two quads and three triples. The ski area was started in 1979 by the Perfect family, and has been privately run since then. Clyde “Chip” Perfect took over operations of the ski area after his parents retired and runs the ski area today. In addition to overseeing the resort, Chip Perfect serves as a Republican member of the Indiana Senate, representing District 43. Skiing is in his blood: he previously served as a former president of the Midwest Ski Areas Association.

Indiana isn’t known for its mountains, and the 400-foot vertical at Perfect North Slopes is fairly modest. But the ski area has continually made investments over the years, building a loyal base of supporters. Thanks to its snowmaking system, Perfect North Slopes has already managed to open some trails for the 2019-2020 winter season.

It will take some time — and significant investment — for Timberline to bounce back. The ski area will not be open for the 2019-2020 winter season, but the new owner aims to prepare Timberline for a 2020-2021 re-opening. Stay tuned to DCSki for continuing updates on Timberline’s new ownership and plans to re-establish the resort.

Hip, hip, hooray!  I'm happy for all those who live and/or ski in Canaan Vallley.  I had some great times at Timberline and looking forward to more.

Scott, belated thanks for a fair and factual recounting of the descent of T4SR into bankruptcy and the subsequent purchase by Perfect North Slopes which has so many Timberline regulars excited for the future.

Throughout the past couple years, you made very clear your ground rules - that all Timberline comments need to be fact-based and not rumor-driven. I can appreciate that and see it at work in how you crafted this article.

In keeping with those ground rules, I do want to point out some facts related to one passage in your article. In mentioning the issues with Timberline Utilities, you state that the boil water notice occured "amid allegations of billing and tax issues."  Certainly it was true at the time of the boil water notice that those were only "allegations," but Timberline Utilities was subsequently placed into receivership by Tucker County circuit court, and in order to take that action, the court was required to make a legal finding of gross negligence on the part of the operators of Timberline Utilities (members of the Herz family). The court did so, based on findings of fact detailing numerous improper actions on the part of the Herz family members operating Timberline Utilities.  So these matters are no longer "allegations" but rather facts which have been determined to be true by the circuit court.

Why does this matter?  Beyond simply setting the record straight, Timberline Utilities is the provider of water and sewer service to the resort and all of its associated lodging (not to mention surrounding homeowners).  All of us who hope for Timberline Resort to recover and prosper therefore have a strong interest in seeing that Timberline Utilities is operated competently, fairly and in the interest of its customers (a requirement for any public utility) from this point forward, and whether it does so will be determined in part by decisions which are yet to be made regarding ownership, ongoing receivership and operation of Timberline Utilities.  So this is very much relevant for the future.

I think in addition to the previous comment, it is noteworthy to say that the CVPSD as receiver for Timberline Utilities has been forced to make a sur-charge for all current customers to keep the utility operational.  Over the course of the last 3 years, the previous operators (Herz) transfered money from the utility to other various entities in which they were involved to the tune of over $500k, leaving the utility with very little operational funds.  Upon receivership, the CVPSD struggled financially due to the immediate need for repairs.  Now, as a homeownwer (2) and a customer of the utility, I and my neighbors are paying for the actions  of the pervious owners and will for the forseeable future.

I support the efforts of the Perfect family as they resurect what had once been the best mountain south of New England.  They are making the valley people smile once again.  I think it's fair to say that with the plan to replace the chair lifts before next season,  the overdue clean up of the resort, and the interest shown by the Perfect family to be good neighbors, the new Timberline Mountain will once again be a must for all mid atlantic skiers/riders.

Over $10million going to be invested