There’s been a lot of ski area consolidation in recent years. Local ski areas such as Pennsylvania’s Liberty Mountain were gobbled up by Peak Resorts, which is now in the process of being gobbled up itself by Vail Resorts. It almost seems like all ski areas will soon be under the ownership of just a few corporations.

But there are still a lot of independent ski areas, and this winter, they’re joining forces to offer a multi-resort pass that will compete with the mega passes offered by Vail and Alterra, such as the Epic and Ikon passes. 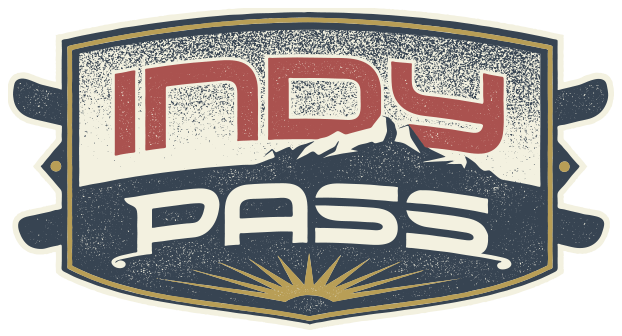 The new Indy Pass provides two lift tickets at each of 34 independently-owned ski resorts for just $199. The independent resorts are located across the country, from the West, to the Midwest, to the East. In the Mid-Atlantic region, Pennsylvania’s Blue Knob Resort, Virginia’s Bryce and Massanutten Resorts, and West Virginia’s Canaan Valley Ski Resorts are participating.

The larger ski companies have been trending towards a model of offering one mega-pass valid at all of their properties, usually priced somewhere between $700 and $1,000. Meanwhile, daily lift ticket prices have been shooting ever-higher; for example, walking up to the ticket window at Colorado’s Vail Resort this winter could cost you $219 for a 1-day lift ticket.

The effect of this trend has been to price new skiers and snowboarders right out of the market.

Someone contemplating entering the sport is extremely unlikely to purchase a near-$1,000 season pass, but probably can’t afford a $219 lift ticket, either.

Enter the Indy Pass. At $199, it allows new skiers to sample multiple resorts without breaking the bank.

“Largely ignored by the mega resorts, up and coming skiers now have a pass with almost no barrier to entry,” said Geoff Hatheway, President of Vermont’s Magic Mountain ski resort.

“The Indy Pass is priced right for anyone to try; it has a wonderful variety of interesting ski areas to explore; and showcases the community aspect of skiing which can create deeper bonds with customers and more ski days in the future,” he added.

By joining forces with the Indy Pass, independent and family-owned ski areas are able to join forces and pool their resources together to market, competing with the larger players.

“Independent resorts are the heart and soul of North American skiing and anything that provides more access and exposure to these hidden gems is something we’ll support,” said Ken Rider, General Manager of Idaho’s Brundage Mountain Resort.

Skiers purchasing the Indy Pass prior to September 16, 2019 can spread the cost into four $49.75 interest-free payments.