The Race to Open is On! Seven Springs Begins Snowmaking Operations.

It seems like winter may finally be arriving. Thursday night, November 9, temperatures began falling. They continued falling into early Friday morning, and the snowmaking team at Seven Springs Resort decided to take advantage of the cold to begin snowmaking operations. At 5 a.m., snowmakers began laying down a base of snow. 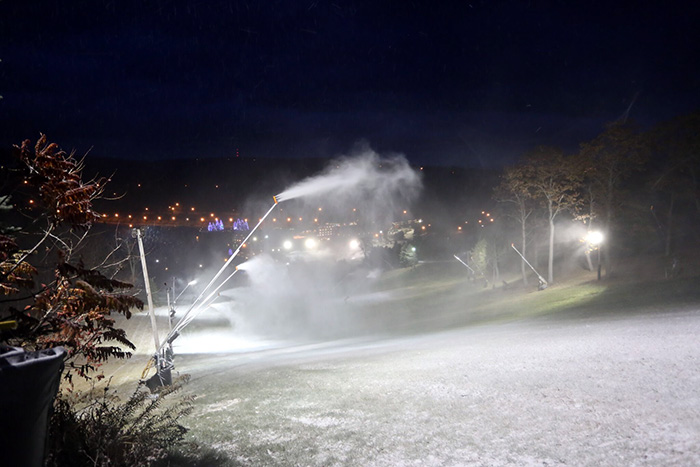 Seven Springs plans to run the guns as long as conditions allow, but has not yet set an official opening date. The long range forecast shows temperatures remaining fairly low for the next couple weeks, although daytime temperatures will rise into the 40s. 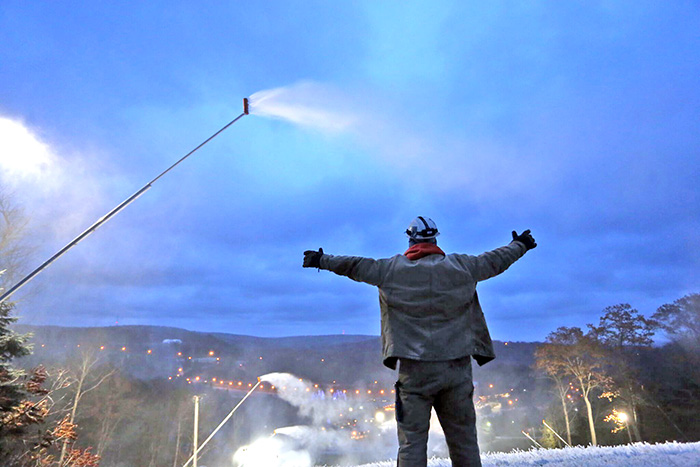 Mid-Atlantic resorts have invested heavily in snowmaking improvements in recent years, allowing snow to be made more efficiently and expeditiously once conditions are right. According to Katie Buchan, Communications Manager at Seven Springs, the Pennsylvania resort was able to make enough snow to cover its 285 acres of skiable terrain with seven feet of snow last winter season. Effective snowmaking is dependent on the right mix of temperature, humidity, and wind speed. 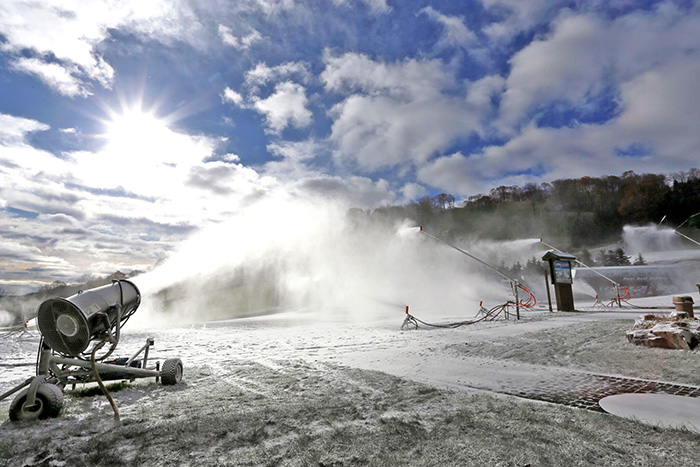 Seven Springs has not yet announced an opening date but will continue making snow when conditions allow. Photo provided by Seven Springs Resort.