Wachusett Mountain is very much the Whitetail of Massachusetts. At just 55 miles from Boston and even closer from many suburbs, Wachusett is the go to choice for skiers who want to ski a few hours and get home in time for the Patriots game. With state of the art snowmaking on all 108 acres of skiable terrain, Wachusett delivers the goods even when Mother Nature does not.

Such was the case in late February, 2017 when a record warm spell nearly wiped out the mountain’s base. Just days later, snowmakers had resurfaced nearly all of its major trails, making for very fine visit on March 6.

The last time I skied Wachusett was in high school, and oh how things have changed. The resort’s three, high-speed detachable quads and huge day lodge complex were not there on my last visit, nor were the large fleet of modern groomers and wall-to-wall snowmaking. The resort boasts that in a normal season, it converts 100 million gallons of water to snow. 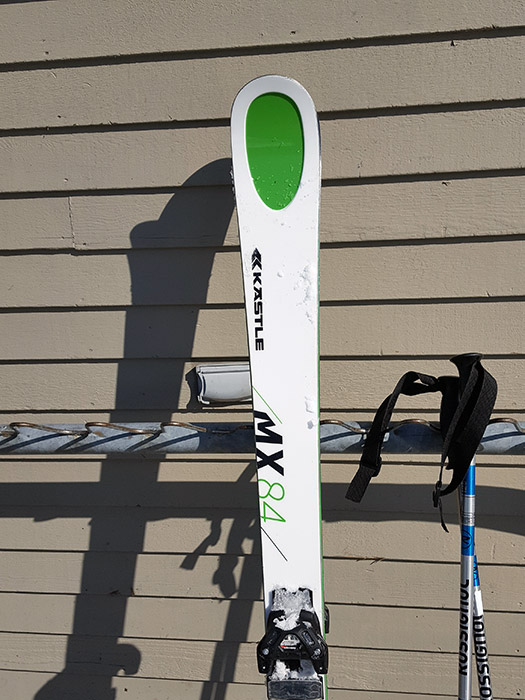 After a 45 minute drive from Framingham, I parked just steps from the lodge, purchased a refillable chip card lift pass, and rented a pair of Kästle MX 84s — all in the space of 15 minutes. The Kästles, which can retail for as much as $1,500, nearly brought tears to my eyes. Ever since renting Kästles at Lech a few years ago, this ski company has had a special place in my heart. Their line of all-mountain skis have amazing versatility in all types of snow; are solid at speed; and allow one to react quickly if needed in unexpected situations. They are also very lightweight, and fatigue me less anything I have ever skied. Based in the town of Hohenems in Austria, Kästle has been producing quality skis since 1924.

After booting up, I walked right out the door of MTNside Demo onto the mixing bowl areas of the mountain. Like Whitetail, the mountain is divided nicely by ability. The Minuteman Express quad on the looker’s right side of the mountain services lower intermediate terrain — nice for warmup and cool-down runs. The Polar Express in the center of the mountain runs at the highest speed and whisks skiers to the summit, where one has a choice of several steeper blues and blacks. And on the far looker’s left is a beginner area. 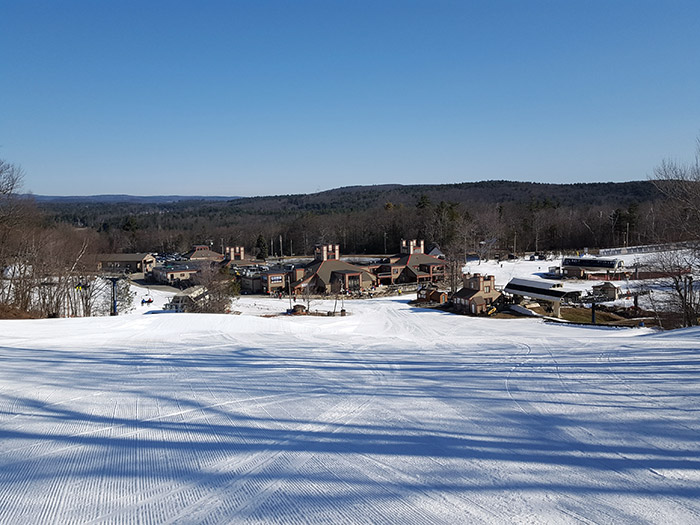 On the day I skied, everything was groomed, making all terrain relatively benign. In the New England tradition, narrow, tree-lined trails dominate the mountain, but wide sections can also be found. Trails also have numerous branches and offshoots, allowing one to take a multitude of lines down the mountain. The resort kept snow stashes in skiable mounds along some of the trails, which were fun to play on — Minke whales as opposed to the Humpbacks grown at Timberline.

I met numerous retirees on the lifts who extolled the virtues of Wachusett, which in the Algonquin language means “Great Hill.” Upgrades to snowmaking, they explained, have helped the mountain fare well in the vicious freeze/thaw cycles endemic to the Boston area. Many claimed that Wachusett had better conditions after the February thaw than many resorts further north. 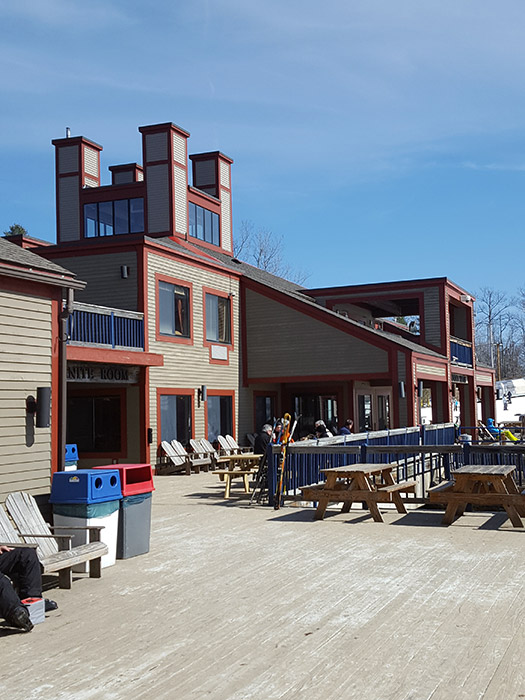 The Lodge. Photo by John Sherwood.

At midday, I met up with a non-skiing relative for lunch at the Black Diamond Restaurant on the second floor of the lodge. Of late, I have become a fan of sit-down service restaurants at ski resorts. They offer a nice break from slopes and allow one to kick back and relax while others bring you food and bus your table. On weekends when lines can be a problem at cafeterias, these restaurants can sometimes be faster. I ordered chicken parmesan and a soft drink and my guest, a pastrami sandwich and a Wachusett Pale Ale (the most popular brand at the mountain). Very nice! 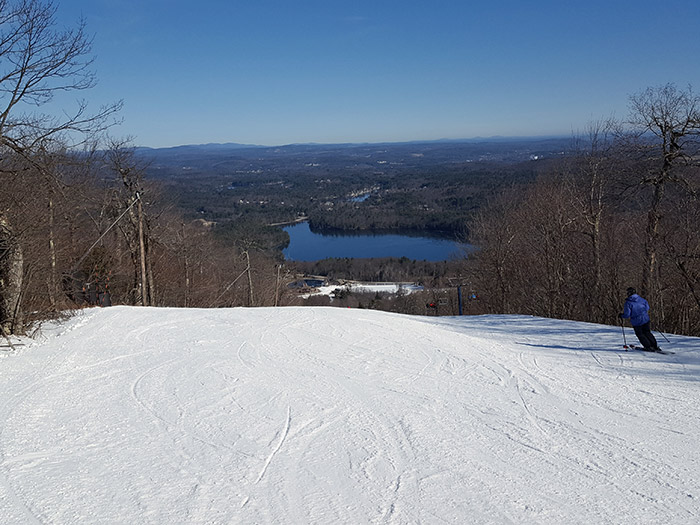 By afternoon, hard machine groomed snow had turned soft but not mushy or cruddy. Perfect! I made lap after lap until I absolutely had to leave to catch my Jetblue flight out of Logan. Given the recent warm spell in the Mid-Atlantic, 6 March may be my last ski day of the season — a melancholy end to an otherwise perfect day.

Skied here one icy day in Decemeber. Thought much the same as you. I am sure it is a great place to ski during a PATS game!