Warm weather at Snowshoe made for spring-like conditions over the President’s Day holiday weekend. Saturday, February 18, 2017 saw some decent periods of sunshine, which made for good skiing in the Western Territory. Patches of dirt peeked through on Cupp Run and Upper Shay’s Revenge by late afternoon on Saturday, but there was enough snow coverage on the trails to make them enjoyable for most of the day. Lower Shay’s Revenge remained ungroomed throughout the weekend, but the soft snow made for some fun and easy turns. 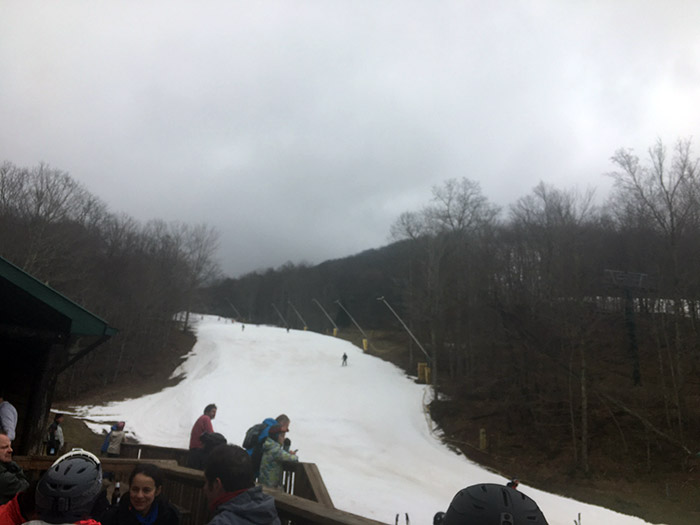 Despite its high elevation, temperatures have been mild at Snowshoe in February. Photo provided by David Rappaport.

Sunday, February 19 gave way to foggy conditions on the upper mountain most of the day, but the fog lifted just as you hit Lower Shay’s, which made skiing and visibility much better. The fog on Sunday also kept the holiday crowds off the slopes, which was an added bonus. The warm temperatures this week could be problematic for the rest of Snowshoe’s season, so here’s hoping at least one more round of snow comes through by early March. 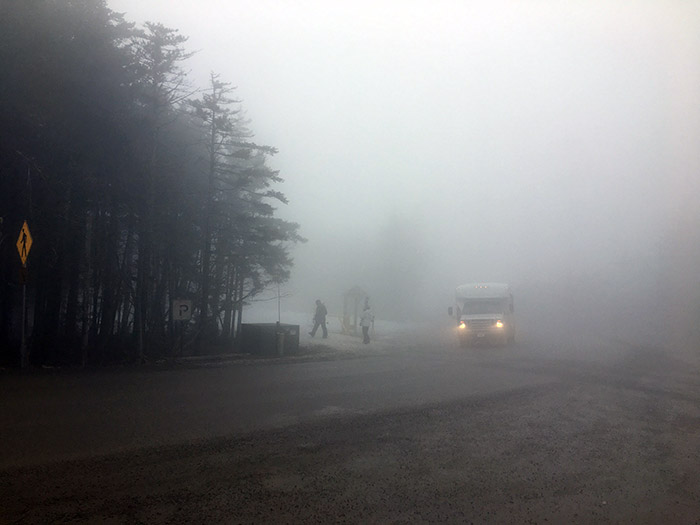