Thanks to the arrival of wintry temperatures last weekend and the snowmaking it enabled, Seven Springs Mountain Resort announced that it will open for skiing, snowboarding, and snow tubing on Friday, November 25, the day after Thanksgiving. 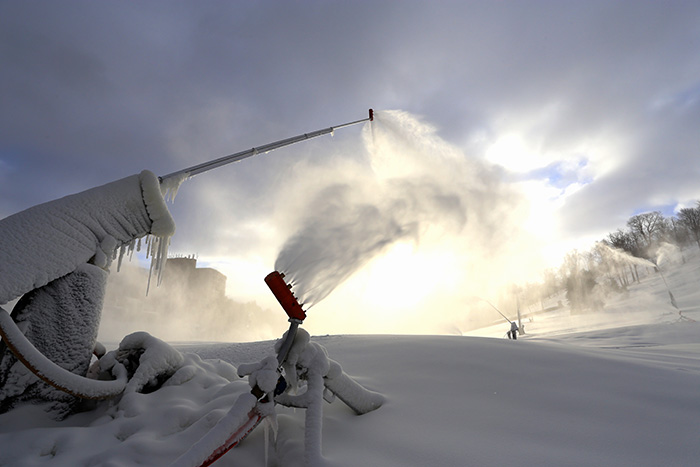 Snowguns have been running at the Pennsylvania resort since November 19, and Seven Springs also recently received some natural snow. According to the resort, snowmaking efforts since then have been “intense.” The resort has not yet announced what trails will be on-line for opening day, but the resort plans to offer skiing and snow tubing.

Opening weekend tickets will be priced at $58 for adults and $45 per child ages 6-11. Seven Springs will also allow midweek season passholders to visit through this weekend.

Seven Springs advises guests to check its Snow Report for final details on opening terrain and operating status past this weekend.