On Thursday, February 12, 2015, I made my first turns of the season at Pennsylvania’s Whitetail Resort. Visiting Whitetail on a mid-winter, mid-week day was a perfect choice: crowds were non-existent and the slopes were in great shape. I arrived shortly after 1 p.m. and stayed until nightfall. I brought a friend who was skiing for the second time, and the lack of crowds made for a relaxed learning environment. 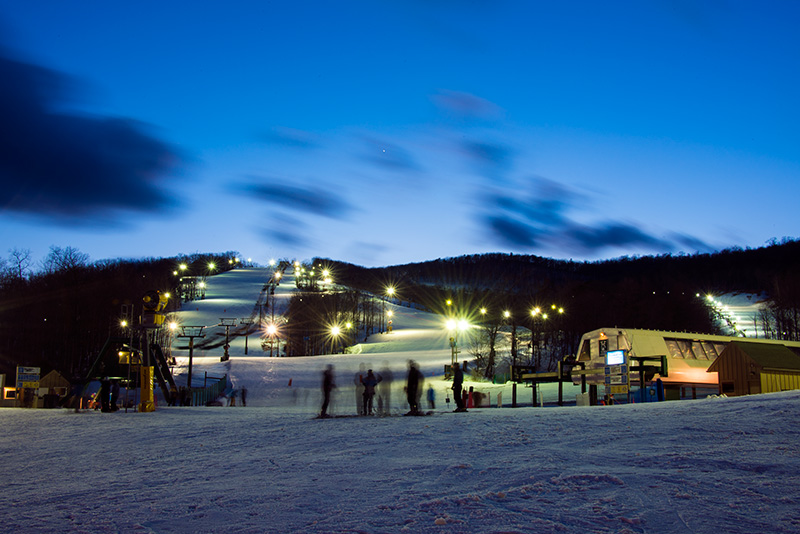 The day was beautiful, with clouds periodically passing by a bright sun. From young children taking their first lesson to retirees enjoying a leisurely, uncrowded Thursday, everyone appeared to be enjoying their day. Whitetail’s lift operators were courteous, chatting with guests as they loaded chairs. More often than not, there were no lift lines on Lift Off, EZ Rider, and Whitetail Express. In fact, at times, there didn’t appear to be a single rider on the Whitetail Express. This is the magic of midweek skiing in the Mid-Atlantic: unless local schools happen to be out, you can have a resort practically to yourself. On busy weekends, not so much! 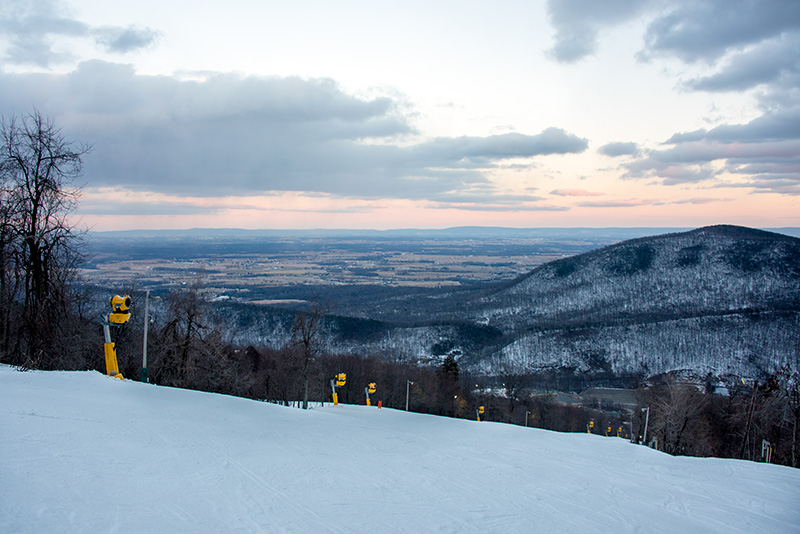 Views from the top of Angel Drop. Photo by M. Scott Smith.

A cold front began passing through by late afternoon, causing the mercury to drop and winds to pick up. (A second cold front passing through this weekend will pull down temperatures even more — into the single digits.) By the time I left, temperatures had dropped from the upper-30s earlier in the day to the upper-teens. The dropping temperature didn’t scare away young NASTAR racers, who zipped down a course set up on intermediate Homerun. 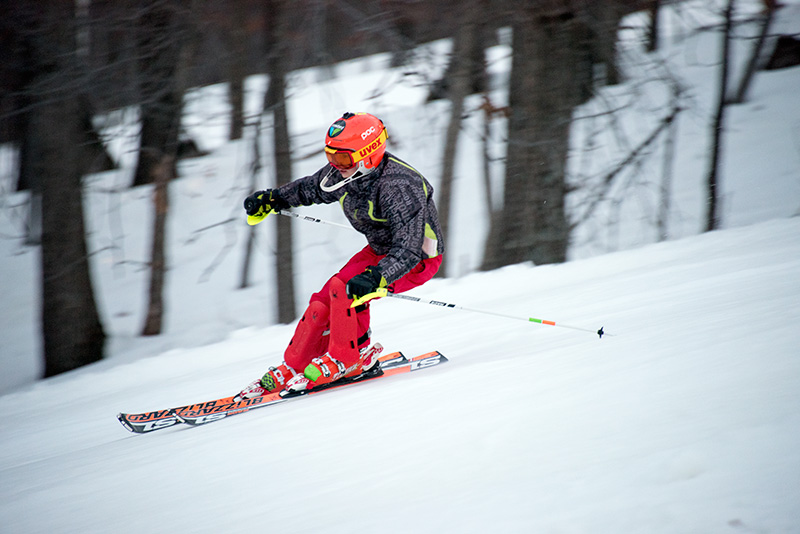 After the sun set, the wind and dropping temperature started to convert the packed powder and loose granular conditions to frozen granular. Whitetail planned to fire up the snowguns overnight to lay down a fresh layer of snow. 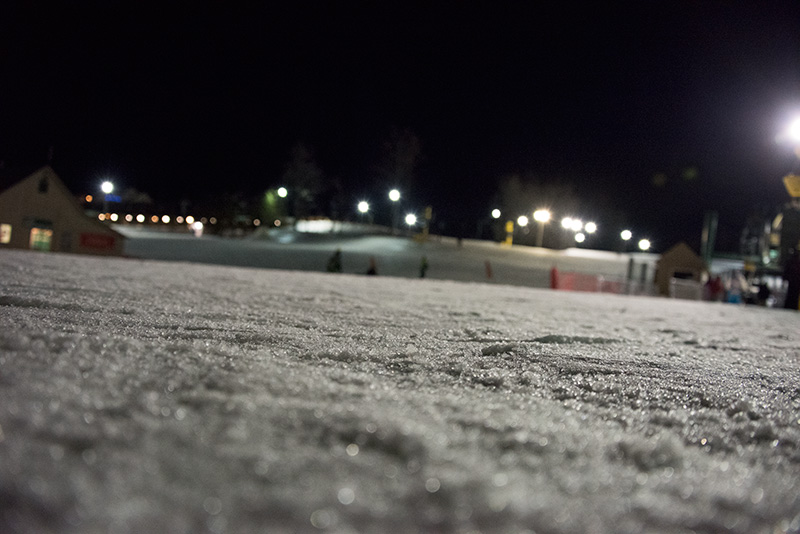 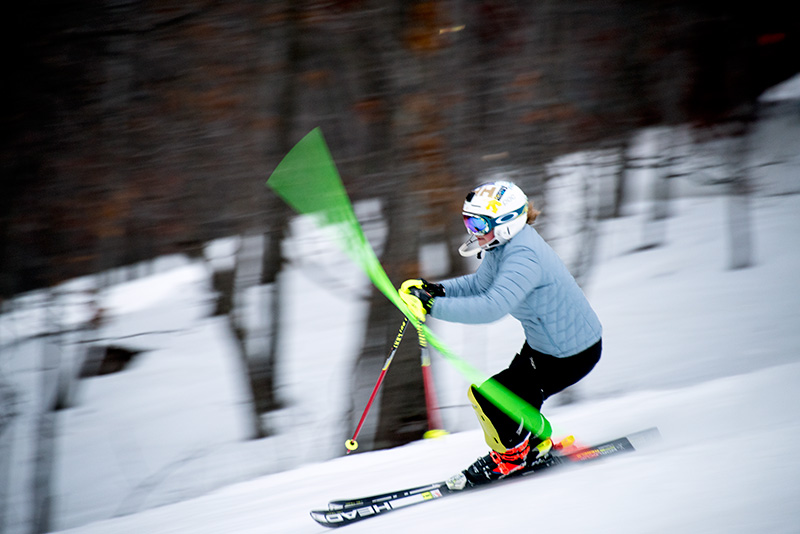 Whitetail heads into the President’s Day Weekend with 100% of terrain open and a solid base. Weekend and holiday rates will be in effect from February 14-16. If you go, be sure to dress warmly. 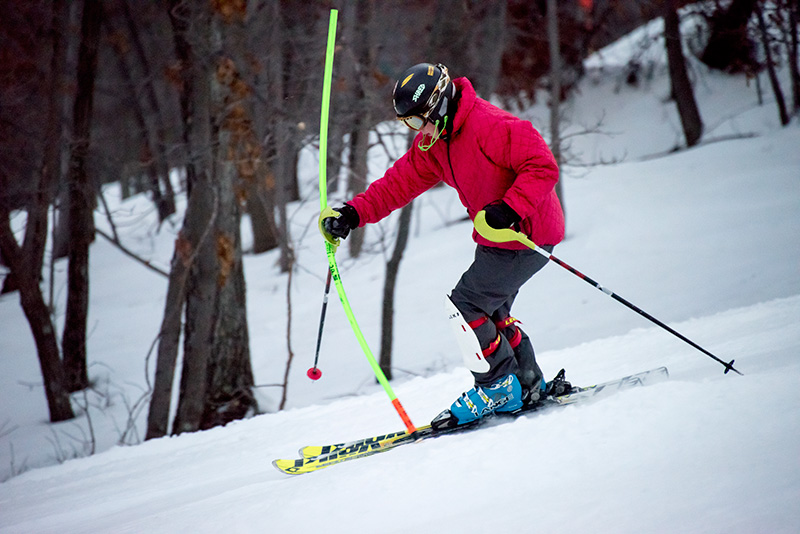 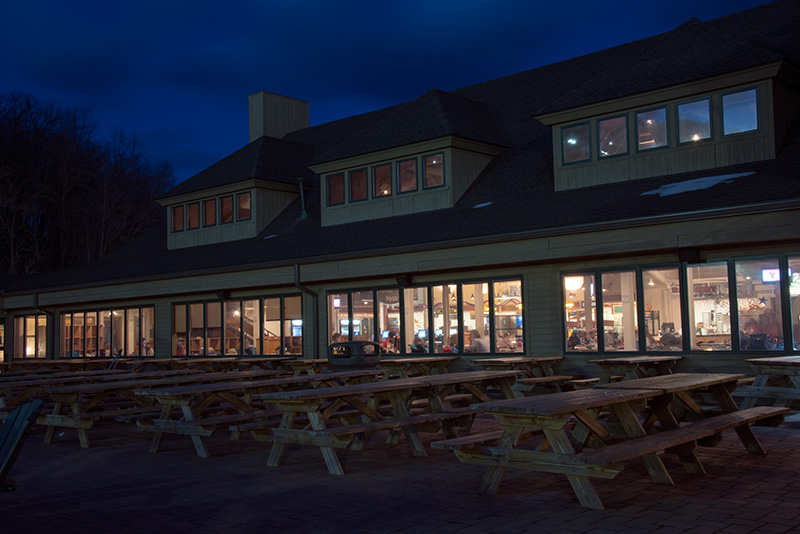 Skiers and boarders warm up in Whitetail’s base lodge. Photo by M. Scott Smith. 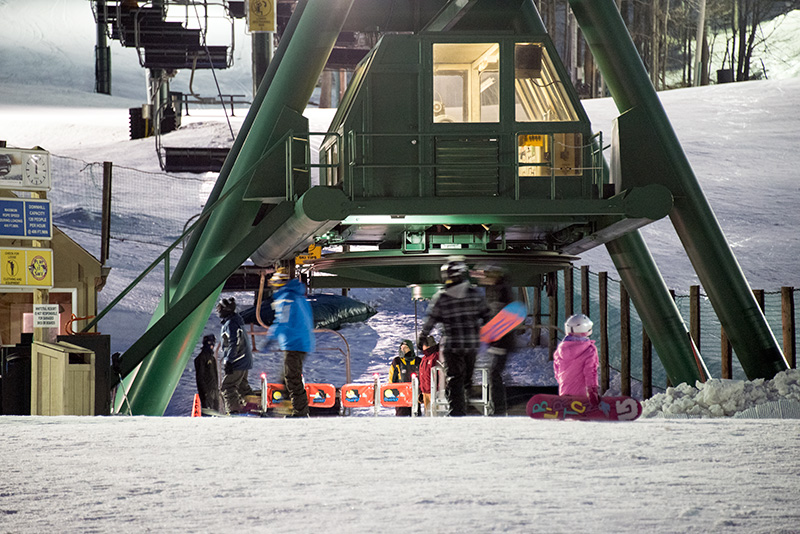 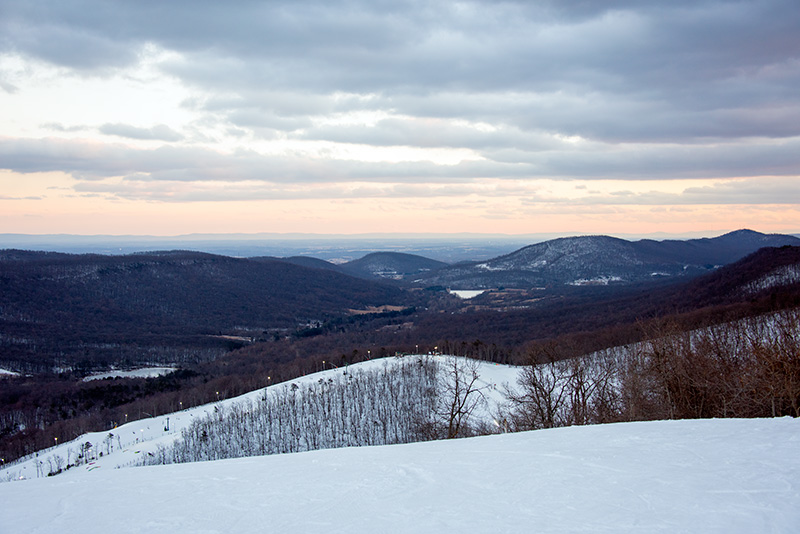 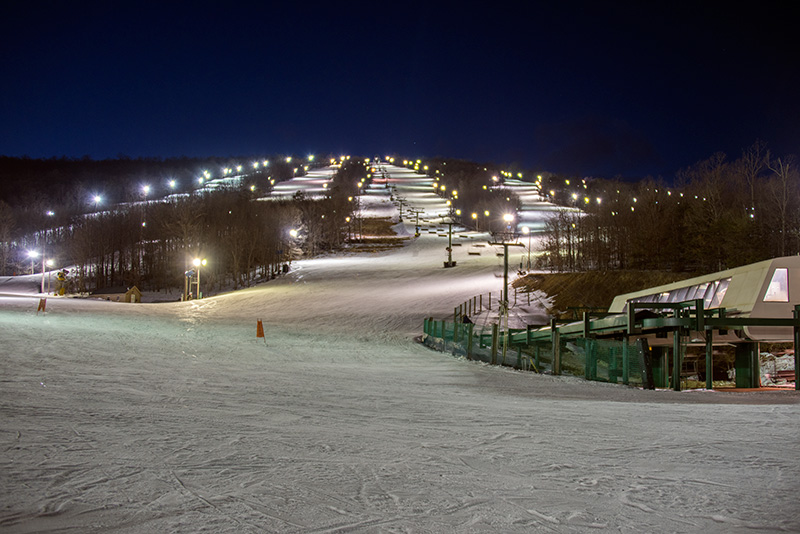 Your photography is world class.  You should be at Beaver Creek shooting the athletes in the Alpine World Championships!

Thanks Jim!  Now, if only I could figure out how to take these photos without getting frostbite on my fingers..

Scott - I really love the pictures of the amature racers - so nice to see people slamming gates. Nice job.