Firsthand Report: A Friendly Gathering at Timberline and Canaan Valley

In late February 2014 I took part in a gathering of about 25 friends that came together for a long weekend at Timberline and Canaan Valley ski area areas. These two neighboring downhill ski resorts are located about 3-3.5 hours west of Washington, DC near Davis, WV and represent a combined 80 trails, enough to happily entertain a large group for multiple days. Our gang stayed in several properties near the slopes and we had such a great time making turns together that I thought I’d share photos and info about our experience for the benefit of the DCSki readership. 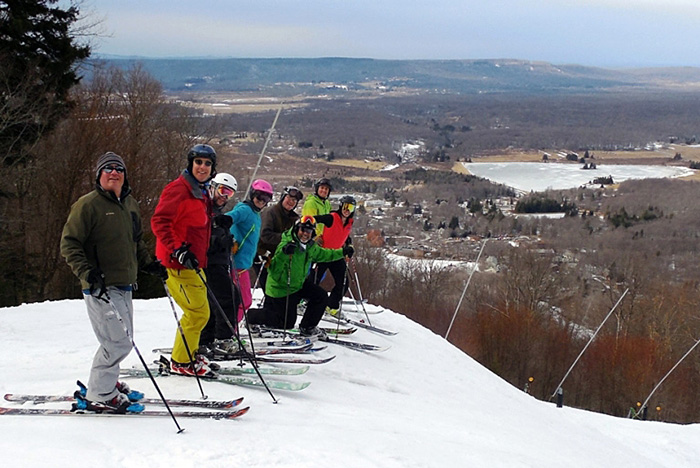 The core of our group consists of skiers whose friendship was germinated online over the course of many years. Members come from more than a half dozen different mid-Atlantic states and we’ve been meeting in some form or other each winter for nearly a decade. The overnight gatherings began in 2009 and alternate between Timberline/Canaan Valley and Blue Knob. Everything is open and informal. Each year we have a good percent of new participants when they notice the group making plans in the online forums of www.dcski.com and www.epicski.com and decide to join us. 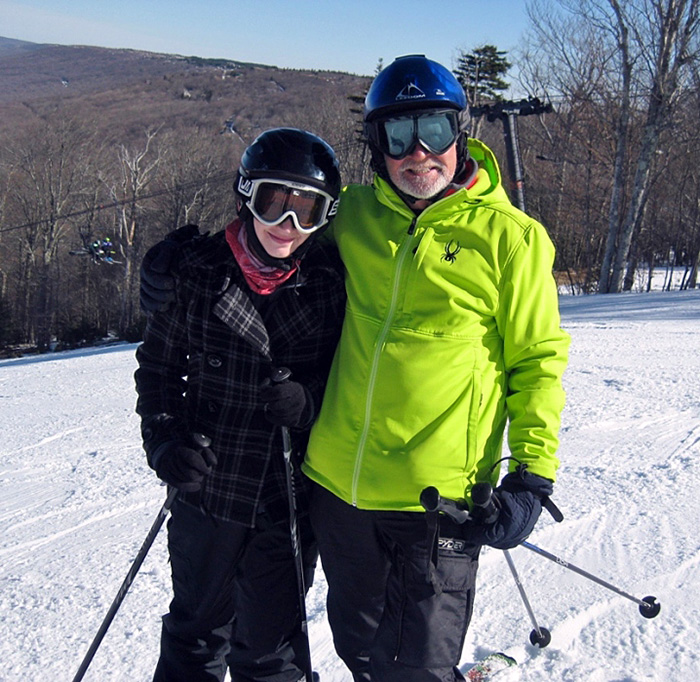 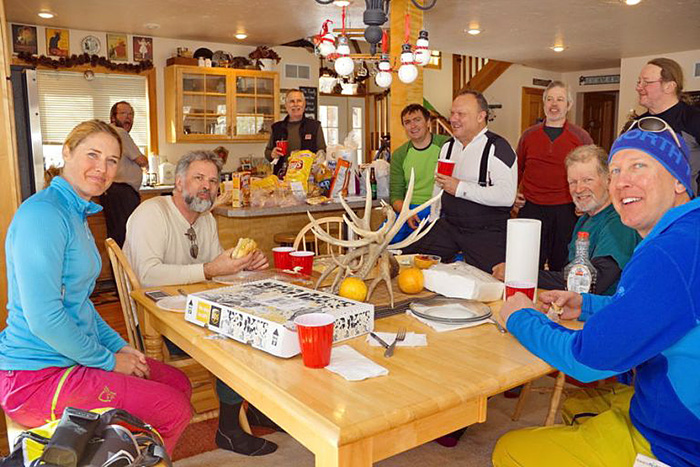 For the 2014 gathering I stayed in a house with a dozen others next to the slopes of Timberline ski area for three nights. The early birds skied on Friday afternoon while the bulk of the group converged on Timberline for Saturday and Sunday. We missed a major snowfall by about one week, but still enjoyed early spring-like conditions with most slopes open at both ski areas. Many in our group had great fun participating in NASTAR racing over the weekend. Some of the certified ski instructors in our group gave out free lesson tips. Others enjoyed multi-generational free skiing in family-friendly weather. A big part of the weekend is the opportunity to socialize and spend apres ski time together including uproarious group critiques of digital action images captured earlier in the day on the slopes. 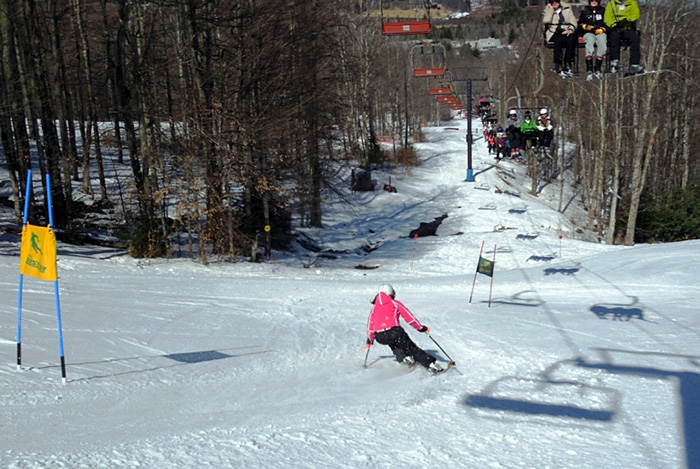 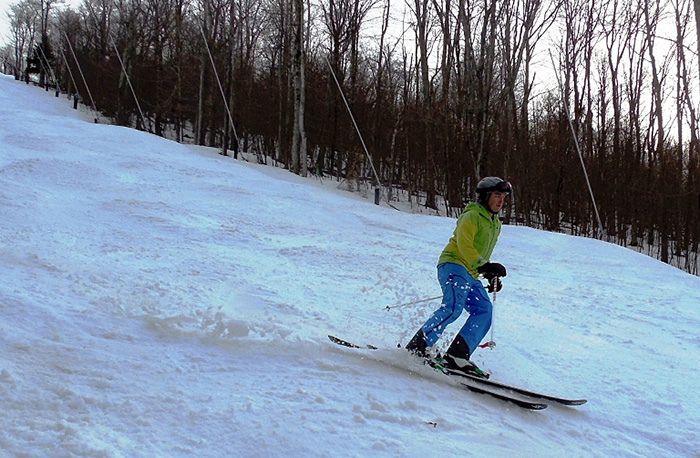 Dropping into The Drop. Photo by Jim Kenney.

Most folks headed home by Monday morning, but several of us went over to Canaan Valley ski area for a bonus 5” powder day. We traded some leftover cans of food from the weekend to obtain “Food Bank Monday” lift tickets for $15. It was a win for charity and a win for us as we enjoyed great conditions all to ourselves. I should add that Timberline and Canaan Valley ski areas are only about three miles apart and can be skied on a single “Ski the Valley” ticket for winter sports lovers who want maximum flexibility to move back and forth between both ski areas on the same day/weekend. 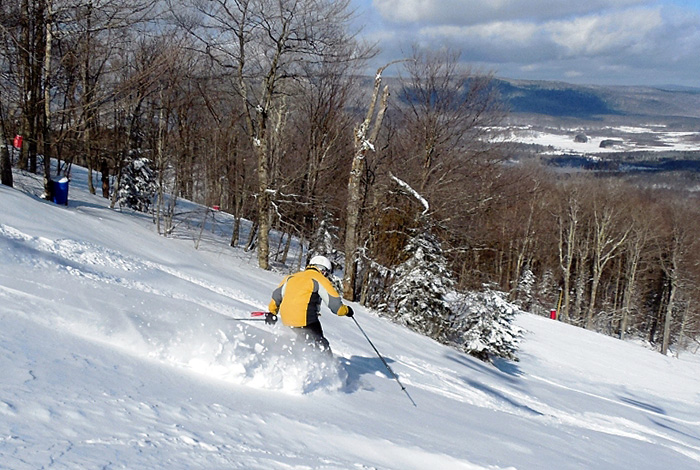 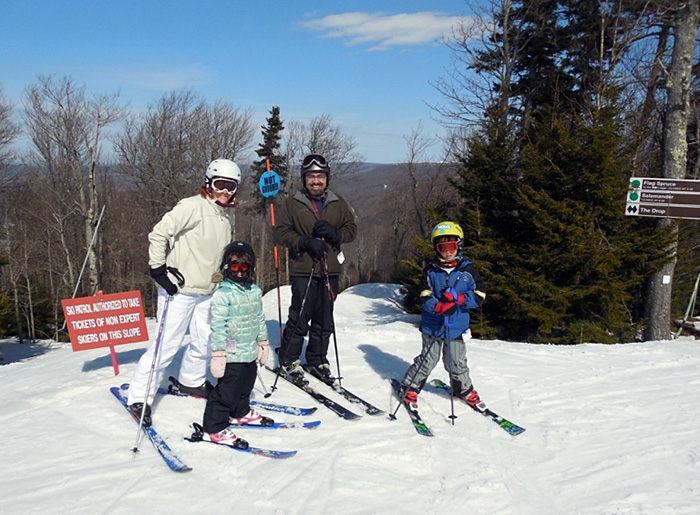 What is special about a ski weekend gathering? The camaraderie when a large group of longtime virtual ski buddies finally get to track up some real snow together is juiced to the max and makes these events so much more than just about racking-up vertical. These are people who live to slide on snow and the age range extends from toddlers to grandparents. High quality family ski time is always on the agenda. I like skiing alone or together, East or West, powder or hardpack, but the absolute best is in a group format when everyone is out for a good time on fun mountains like Timberline and Canaan Valley.