Liberty Mountain Resort is in the middle of a multi-year Master Plan to bring significant improvements to the Pennsylvania resort. Driving up Sanders road to Liberty on a recent Thursday, the changes were remarkable. Even though no buildings have been completed, the preparatory grading and curbing was moving right on schedule. 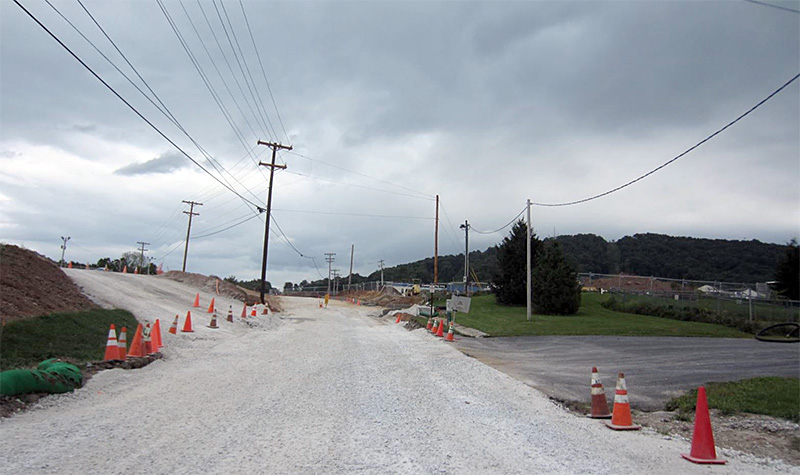 Sanders road is being realigned to eliminate the four-way stop. This will enhance traffic flow and pedestrian safety. 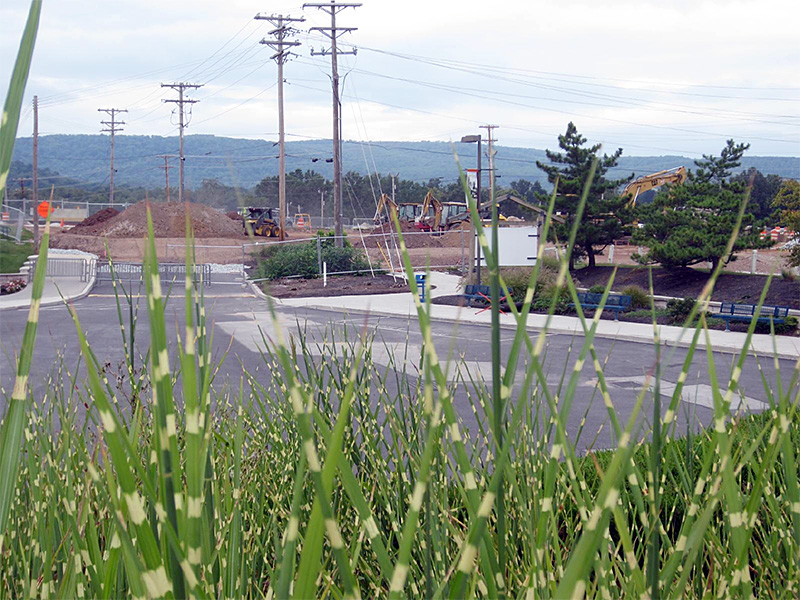 The traffic circle is now closed to vehicle traffic. Next fall the circle will become a village center — a landscaped public area for gathering with outdoor ice skating and likely a few kiosks for skate rentals and hot chocolate. A great place to meet up with friends and family. 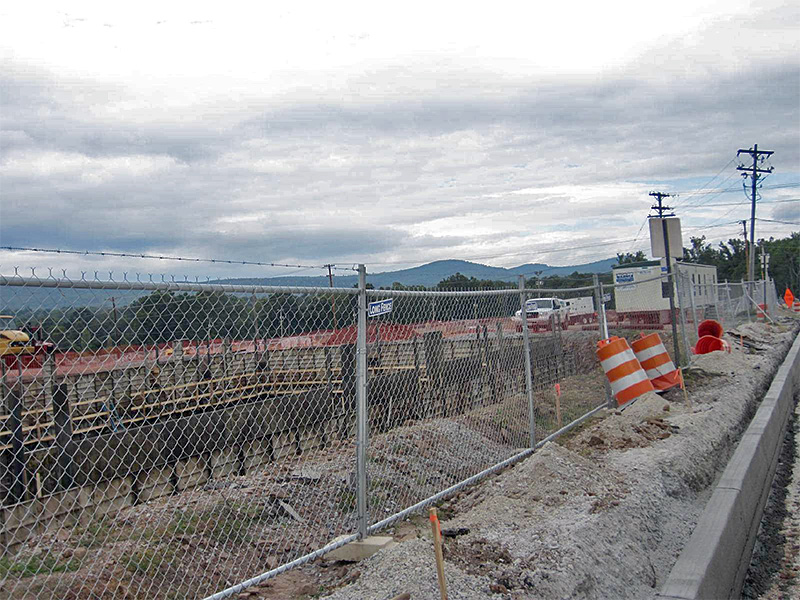 The Highland Lodge, scheduled to be completed in the Summer of 2015, has the cement foundation being poured. The Highland lodge will include suites and rooms, two restaurants, an indoor pool, a spa, a grand event room, banquet and conference rooms, a pro shop, and a sales center.

Four acres of additional parking have been added, just across from the Lower North Lot. The “green grassy area” parking has been engineered with an environmentally friendly “TruGrid Permeable Parking” system, which supports parked cars while still allowing water and moisture to return into the ground. A new 45-passage shuttle bus has been added to Liberty’s fleet to transport guests from the new parking lot to the base.

The rental department added 500 new helmets to inventory. Helmets are now included in the Learn to Ski/Ride and All Mountain Packages. Performance rental skis were added as well as additional kids ski & snowboard rental equipment. 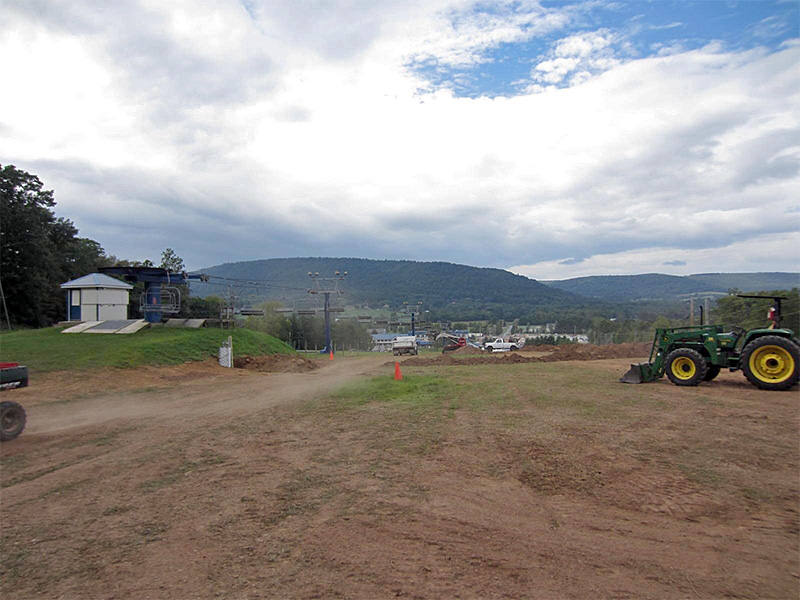 Liberty is tripling the amount of space at the top of the First Class Quad, providing beginners with more terrain. Photo by Ed Fowler.

Over 26,000 cubic yards of fill are being added to the First Class slope, adding 30 feet to the width, towards Sanders road at the top. Six snowmaking outlets were installed to handle the new area. Burton Ringlet Park for 3-7 year olds will be moved to the bottom of the learning slope, providing additional space.

During the summer of 2015, the Highland Lodge will be completed, and the Village Center will be under construction where the traffic circle was. An ice skating rink will be under construction, and Liberty will also be installing a newly-purchased triple chairlift in place of the existing Terrain Park J-Bar surface lift. The new chairlift should be in service by the 2015-2016 winter season.

Ed Fowler has been skiing in the area for over 19 years, runs a Night Pass Program (skidome.org), and is Captain of Zardoz Renegades race team.

Good job on Liberty!  Give the old traffic circle to the people, send cars away from the immediate vicinity of the resort, and make more amenities for non-skiers.  Oftentimes, either families of friends are split or people don't come because part of their social circle doesn't practice snow sports.

Seems like a good thing for those staying in the hotel. But most people dont so I see this as a bad thing. The trafic circle is one of the most convient things liberty. But I have always wished that liberty would add spme sort of new trail. But I dont see that happening at any snowtime resort.